It’s exasperating: some students cram for weeks on end for exams, while good grades seem to just fly to some of their fellow students. But how to manage the learning workload more efficiently? We show the best learning tips. 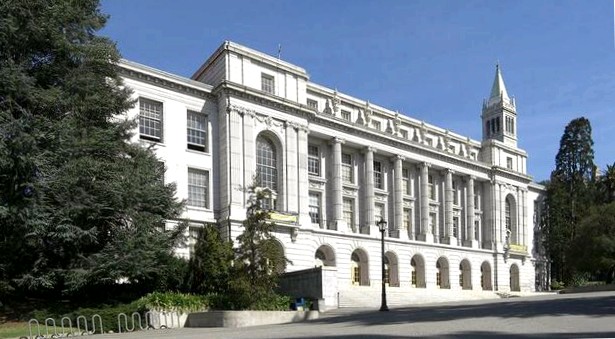 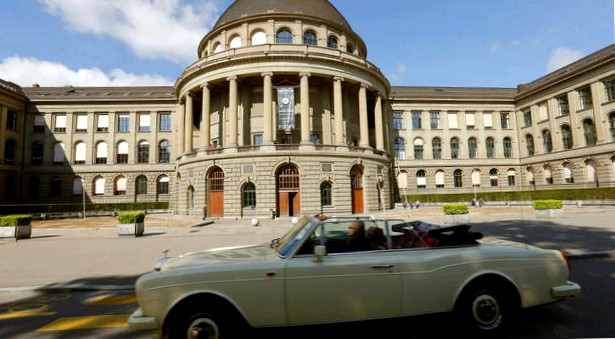 The Swiss Federal Institute of Technology Zurich, or ETH for short, is the only university from mainland Europe to make it into the top 10. The first German university appears only in 30th place: the Ludwig Maximilian University of Munich. 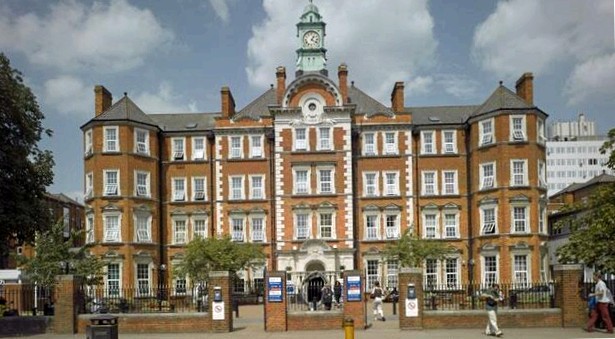 The university is relatively young at 106 years old, yet it can rival the venerable ones. Imperial College is located in London’s fashionable Kensington district – right between the Natural History Museum and the Royal Albert Hall. 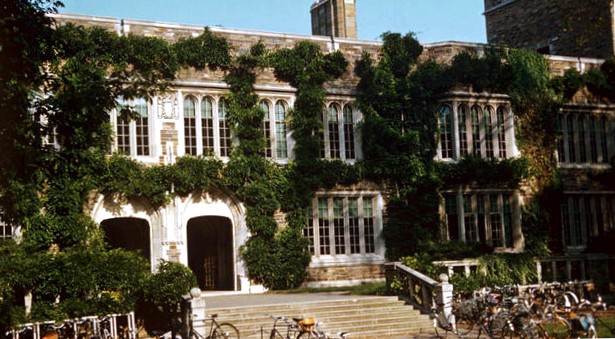 The fourth oldest university in the United States — it was founded in 1746 – lands in seventh place in this year’s ranking. 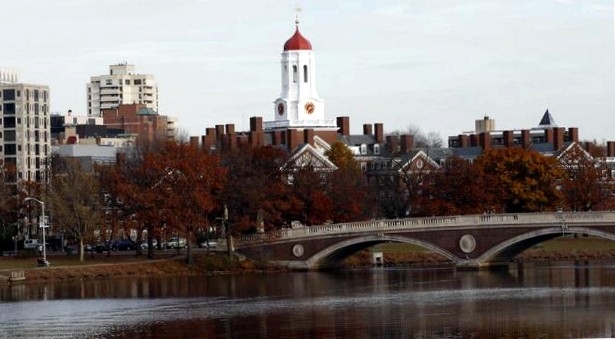 "Veritas" – "Truth" is the legendary motto of the private university, which was founded by Puritans in 1636 and is the oldest university on American soil. In the current Times Higher Education ranking, the famous university is in sixth place. In 2014, the university on the U.S. East Coast topped the rankings.

MIT is entirely focused on science and engineering disciplines. "Mens et manus" – "Mind and Hand" is their practical motto. MIT is the cradle of numerous technology companies and home to the World Wide Web Consortium (W3C), the standards body for the Internet.

Cambridge has so far produced more Nobel Prize winners than any other university. Its famous alumni include, for example, Charles Darwin and the discoverer of DNA structure James Watson.

Germany in the exam phase: University libraries are overcrowded all over the country – and not just during the day. More and more universities are offering so-called long study nights, under the motto: 24 hours of cramming, fueled by energy drinks and candy bars. But that’s exactly what’s wrong, says psychoanalyst Hans-Werner Ruckert: "Such heroic night actions are not helpful and are more a means of self-soothing: Practicing is a long-term process."

It is the problem of many students: They subjectively invest a lot of effort in preparing for exams, but the learning yield is low. The reason for this is often the wrong learning technique. But there are efficient ways to process more information in less time.

Many have problems implementing learning goals. Think carefully about what you want to learn and divide the material into small steps – it’s better to take many small steps than a few large ones. "I want to learn Spanish" is hardly purposeful. "I want to learn ten new vocabulary words every Saturday before breakfast" rather. This will help you achieve success more quickly and stay motivated longer.

E-mails, appointments, meetings – everyday working life constantly distracts our upper mind. Therefore, you should regularly write down what you have learned, recite it or explain it to others.

Sounds strange, but it really helps. A healthy sleep is extremely important for a better memory. Studies, for example by the University of California, show: Those who lie down for 20 minutes at lunchtime increase their thinking ability compared to non-sleepers. Apparently, napping empties short-term memory and makes room for new information.

The most important thing is to plan ahead: students should make a study plan and list their exam preparation in detail. "It would be wise to take detailed notes for each day: What do I want to read, how much do I want to read – and what do I want to have learned by the end of it?"says Hans-Werner Ruckert.

Studying for more than six hours is useless

Find the best jobs now and
being notified by e-mail.

It is helpful not to take on too much: Concentrated work is only possible for about six hours a day – and even that only with breaks. "Our biorhythms are responsible for this," says learning coach Martin Krengel. "Our sleep phases are each 90 minutes long, just like our concentration span."Anything beyond that will only lead to a "learning hangover". That’s why it’s useful to always leave yourself buffer days in the schedule to keep learning stress low.

And also reward of the own learning achievement must be. "Again, I can set goals for each day: For example, that I go to the movies in the evening," says Ruckert. "This way I avoid the little learning escapes in between." 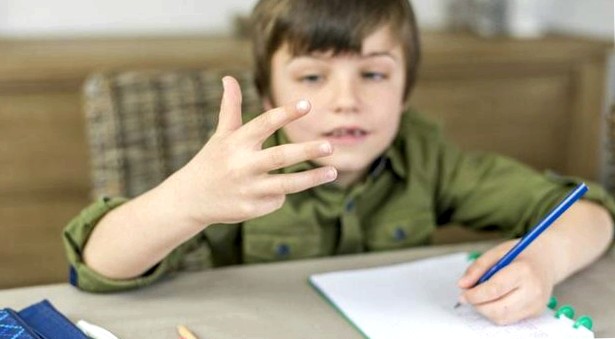 Don’t count with your fingers

When small children start to calculate, they usually do it with their fingers: They count off how much "four plus one" is results in. What they are quickly trained to forget at school. Because at the latest with the multiplication tables the ten fingers do not help any longer. Math is just abstract. Quite wrong, says Jo Boaler. She is a professor of math didactics at Stanford University and can prove: To learn math, people need to visualize numbers. This can be done, for example, with a slide rule, an abacus – or with the fingers. Anyone who forbids children to use their fingers for arithmetic is making it unnecessarily difficult for them and hindering the development of their mathematical skills.

Math is a hate or fear subject for many students. They are often comforted by the fact that languages and the humanities are more to their liking than dull series of numbers. Even linguistically gifted teenagers can understand math if they’re motivated properly.
This includes explaining the meaning of what is being taught. While it is still perfectly clear in elementary school mathematics what the multiplication tables are good for, things are already different when it comes to algebra, stochastics and calculus. But if you say to yourself: "What’s the point of that, I’ll never need it in my life? has a hard time learning. Scientists at the University of Tubingen have proven that smartphones are useful in the classroom: High school students who studied the benefits of mathematics in everyday life performed better on tests and were more motivated than students who merely crammed formulas. So if you want to turn a math slacker into a numbers fan, you have to convince him that math is useful in more than just a few STEM fields of study. 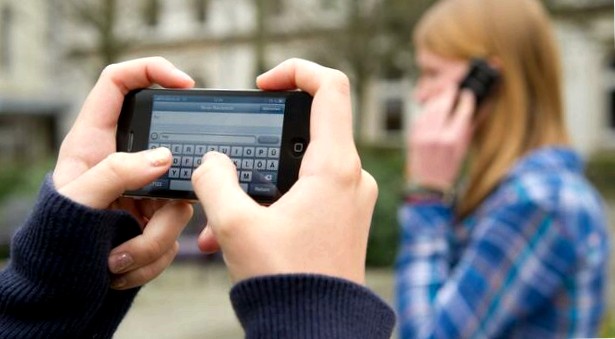 A recent study by two economists at the London School of Economics concluded that students learn better when smartphones are banned from schools. The increase in performance would correspond to five additional school days per year. With the weaker pupils the effect is even twice as strong. The British researchers compared the performance of 16-year-old students at four British schools before and after the cell phone ban.

But there is no consensus on the subject. The education portal of the state of North Rhine-Westphalia, for example, offers materials and rules for using smartphones in the classroom. Researchers at the University of Duisburg-Essen found out last year in a study of 100 middle school students that this makes sense. They investigated the extent to which smartphones and tablets can be usefully integrated into lessons. "In the course of the project, its use has always proven to be particularly helpful when it serves individual support and media can be used as learning tools in a self-directed manner by learners," it states. It could also ensure that students learn to use the Internet in a "safe, critical and reflective way". Smartphones can therefore be very useful in the classroom – if they are used correctly. 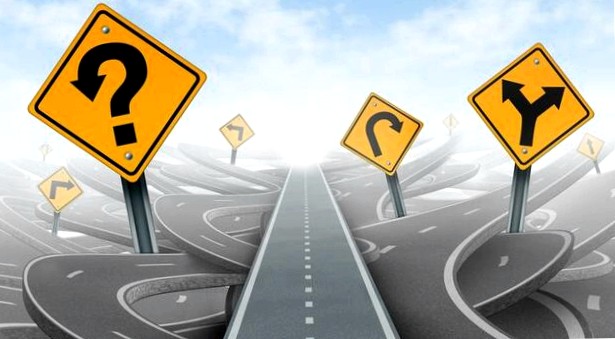 Those who frequently get lost in their learning and have to guess the solution still learn something. A Canadian study has shown that memory performance even benefits from the errors. However, this is only true if the guesswork does not go completely out of hand, but only just misses the correct solution. For those who frequently make almost correct guesses, these help like little bridges in remembering the correct information. The researchers found this advantage in both younger and older subjects. So those who guess for themselves will benefit more than if the correct answer is told to them.