The tenth episode of "Die Hohle der Lowen" had not only exciting products to offer, but also some confessions of the lions. Somewhere between a cake configurator and a blinker glove, Frank Thelen confesses that he likes blonde women and Judith Williams that she’s signed up on Parship. But now first from the beginning:

A piece of lion history – Too Good To Go 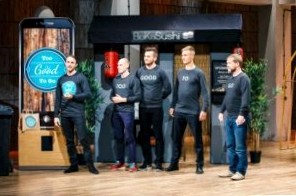 The German-Danish company "Too Good To Go" is the first startup to enter the "Hohle der Lowen" this evening. With the app, the five founders want to reduce food waste. Their idea: Instead of throwing away their leftover food at the end of the day, restaurants can sell it to interested parties at a reduced price. The founders want an impressive one million euros from investors to expand their app, and are only offering five percent of the company’s shares in return. "But that’s cheap," Carsten Maschmeyer comments on the amount. From his mouth it sounds somehow also not so ironic. The founders explain their business model with a pleasant Danish accent and inspire the lions. However, the investors are critical of one thing: If the restaurant has no leftovers at the end of the day, the purchases already made will be canceled. According to the founders, this is not a problem, since the users are mainly interested in saving food from the garbage, but the lions have a different opinion. In addition, Frank Thelen and Carsten Maschmeyer once again believe that the company’s valuation is far too high.000 euros and a planned loss of 1.8 million euros this year, the founders value their company at almost 20 million euros. Carsten Maschmeyer thinks this has nothing to do with "saving the world" anymore, it’s just "too out of touch". A back and forth follows until finally all investors are out of the picture.

But the Too Good To Go founders don’t give up so quickly, because everyone actually liked the idea. "At the end of the day, money isn’t everything," says one of the founders, trying to get the lions to become "part of something big". His suggestion: Each juror should pay 200.000 euros, instead of a single person contributing the whole million. Brave, brave. "The cheekiest appearance ever in the lion’s den," Frank Thelen says with a laugh. But it is worth it; the lions put their heads together and discuss. The founders also withdraw for consultation, because one thing is clear: for just one percent of the shares per lion, the idea will quickly be off the table again. "Money isn’t everything, after all," Frank and Carsten joke, beating the founders to their own arguments. The lions would be in if the shares were right. This has never happened before in the "Hohle der Lowen": First all five investors were out and now they are all in again. Madness! The founders would be willing to give up 6.5 percent instead of five. Lions, however, want ten percent because they are "the most massive package there is in Germany," says Carsten. It would be the first time that the lions invest in a startup outside the DACH region. Based on values of previous investments, the founders would settle for 8.9 percent and are then sent out again so that the lions can discuss in peace. There hasn’t been such a hot discussion in the "Hohle der Lowen" for a long time, finally there is excitement again. "Lion history is being made here," Mr. Maschmeyer aptly sums up the situation when the investors finally accept the offer.

Addendum: As it became known after the show, the founders and the lions could not come to an agreement after all and the deal fell through. 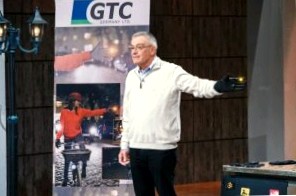 69-year-old pensioner Harald Gerhard is a passionate cyclist. After a near-accident while turning in the dark, he gets the idea for the turn signal glove. If you tap your thumb and index finger briefly on each other, a lamp on the glove starts flashing and cyclists can turn off safely even in the dark. But the blinking gloves are also suitable for schoolchildren, skateboarders and inline skaters, explains the former engineer. To expand sales, the founder needs 80.000 euros and is willing to give up 20 percent of his son’s startup. Like son? Where? The pensioner himself does not hold any shares at all. As it turns out, the company is 100 percent owned by his son. Why he is not there himself, no one really understands. Maybe he knew that his father will wrap the lions around his finger with his charm. First and foremost, Judith Williams, the teleshopping queen, is completely in love with the Blinker Glove inventor. The other lions are also enthusiastic, both about the likeable and confident appearance of the founder and about the product itself. You make fun of pointing out with the flashing index finger to be able to ask a question. "If they’d had them in school, too, I would have signed up more often, too," jokes Judith Williams.

5.Harald Gerhard has already sold 000 blinker gloves via his own online store. Since there are 22 million cyclists in Germany, the market is huge – the cue for Ralf Dummel, or "Mister Regal," as colleague Carsten Maschmeyer has christened him. The ideal product to "pave" all Karstadts and Penny stores with it. But family entrepreneur Dagmar Wohrl is also interested in the Blinker Glove and would be on board under the same conditions. Since the pensioner doesn’t really know Ms. Wohrl’s sales channels, the decision is easy for him: he enters into a deal with Ralf Dummel. We are happy too, because no founder has been so likeable for a long time and we have almost never seen the lions laugh so much.

The next founder wants to hit the lions right in the heart – with her exclusive dating app Sqyle. "Searching for investors is also a bit like looking for a partnership" says the French-born. Bonne chance then. First, Wanda Egger explains the name: A blend of style and quality. "Achsooo" murmur the lions. Mrs. Williams’ self-penned motto is fitting: "Sqyle makes you horny. 120.The 43-year-old would like to have € 000 and is offering the lions 10 percent of her company in return. To warm up, the founder first wants to know who of the lions has ever used a dating app. Embarrassed silence follows. It’s clear, dear lions. Wanda does not let herself be irritated by this and continues with the program. The following is a minimally megalomaniac comparison of her app with the iPhone. Both would have managed to revolutionize an occupied market. "Sqyle is the iPhone among dating apps" – we are curious what Frank Thelen might say about this. Nothing at first, since he supposedly has no idea about dating platforms.

Sophisticated people are 23% less satisfied with dating apps than other people. That’s why the founder wants to keep Sqyle exclusive: The users themselves should determine who is included. So far, so good. However, the app is not only meant to connect potential partners, but to build an entire world around dating. With a concierge service, smart jewels and all the trimmings. "Smart-What?", the lions ask themselves and we ask ourselves too. The short version: This is real jewelry that you can wear. If there’s a partner nearby who matches the profile, the jewelry flashes. A flashing pendant, for example, costs 179 euros. Not exactly a bargain. We’d rather buy blinker gloves for 50 euros. Even the lions are not particularly fond of the idea. In the end, they all drop out, but not before Judith Williams reveals a secret: Since she is very shy, she once tried to find love on the dating platform Parship. Oh la la. While she’s chatting away, she wonders if she ever deleted her Parship profile. "Now, at the latest, it’s bound to be overflowing with news," quips Ralf Dummel. The founder has to leave the "Hohle der Lowen" without an investment, but at least the investors have fun.

Even before IntHim founder Francesco Indirli enters the cave, the lions are amused. His advertising poster raises some questions. You can see a naked man whose lower half of his body is covered by a luminous crystal and a naked woman kneeling at this height and holding her hand under the crystal. Judith Williams hopes that it is a glow stick, which is about to be presented. The slogan "Live dirty, feel clean" also causes skepticism among the lions. The founder has already provided material for discussion. Now the 33-year-old can finally present his product: a care series especially for men’s intimate areas. The lions look embarrassed, but Indirli continues to pray his "3 facts about men’s skin in the genital area" unperturbed. Frank Thelen’s face looks a little redder than usual, and there’s an embarrassed silence in other respects, too. Now first of all each lion gets an intimate set presented. Hopefully now the mood loosens.

The smell already convinces everyone. The lions have rather problems with the "progressive marketing", as Frank Thelen puts it. The founder calls the strategy quite simply "on the 12". Of course, this is another way to put it. Francesco explains that the picture is actually an "Adam and Eve scene" and the lions don’t really understand the "storyboard". Well, look at that, he’s got some buzzwords too. But we would never have thought of Adam and Eve either. Frank Thelen is out because he is "too old and a geek", as he says himself. He prefers programming and skateboarding, is not a party person and maybe a bit stuffy, he explains further, and is therefore out of the game. 100.000 euros, by the way, the IntHim founder wants in return for 20 percent of his company shares. Despite criticism of the marketing, three lions are interested: Judith Williams, Dagmar Wohrl and Ralf Dummel see an investment case in the male intimate care line, but demand 40 percent of the shares instead of the 20 originally mentioned. Judith Williams is the only one who wants to further expand the brand and bring more products to market. This was exactly the plan of Francesco Indirli and he therefore decides to cooperate with the cosmetics queen.

What do you get when a traditional baker and a businessman join forces?? In this case a 3D cake configurator. For their cake startup "Biskitty," founders Flavio Cuoni and Othmar Muller want to earn 100.Collect 000 euros in the "Hohle der Lowen" – They would give a quarter of their company to a strategic partner for it. In his own online store, people interested in cakes can design a cake according to their wishes. Customers can choose from a wide variety of colors, flavors and toppers. As an example, the whole process is demonstrated on the screen and the individual steps are explained. When the cake is configured ready, Ralf Dummel only wishes that it comes out of the screen ready to eat, so that you can also taste it. It won’t be quite so magical, but at least the cake will be brought in to the delight of the lions. Those who know the show, know how much the lions love to be tasted – Accordingly, their eyes get big at the sight of the colorful pieces of cake. It already tastes great to all. Especially Mrs. Williams – She even steals the leftovers from the plates of her colleagues.

However, the lions are less taken with the constellation of founders. You are of the opinion that the combination of confectioner with his own business and businessman will go wrong in the long run. A "poison pill", Frank Thelen calls it – another nice buzzword for all bingo players. The other lions join him and the Biskitty founders unfortunately have to leave the cave without a deal.