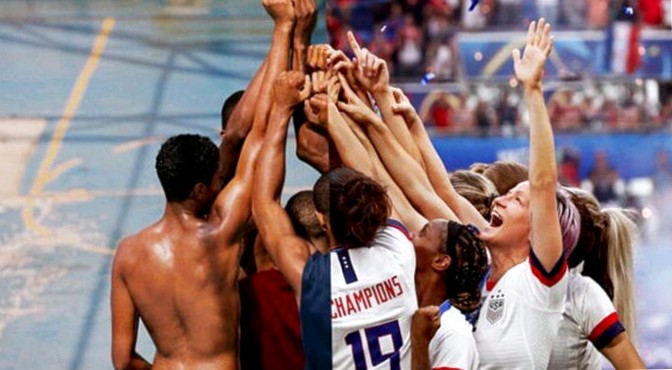 Before he can get started with the preparations for shooting, a director has to clear two hurdles when making a commercial film: First, he must attract the attention of an advertising agency with his previous work and wow them with his showreel. This is the only way to get a request for a director’s interpretation, which must then be more convincing than the director’s interpretations of his competitors.

The Director’s Interpretation (DI) is the link between the idea and the realization of a commercial. With the director’s interpretation, an advertising film director, usually represented by a film production, shows the advertising agency how he wants to implement a TV spot.

Why do you need a directors interpretation?

Advertising agencies develop advertising campaigns on behalf of their clients, often in close collaboration (co-creation) with the client. In TV commercials, the result of this work is either an expose or a storyboard. Once this has been approved by the client and released for filming, the next step is to find the right commercial director and sign a directing contract.

This is where the Director’s Interpretation (also known as "DI" for short, or in German: Regie-Interpretation) comes into play.

The principle of effect equivalence also plays a role in commercials. Advertisers are aware that a storyboard or film idea has to be translated into another language – that of the film – when it is converted into moving images. This transformation requires not only craftsmanship. But also a deep understanding of the intentions and communication goals, which the commercial should transport.

With the director’s interpretation, the client and the agency want to close the gap between word and moving image in advance of the shoot. They want to see if the director shares their understanding, want to feel his intentions and get the assurance of putting the direction in the right hands.

You can therefore also say: The directors interpretation is the written interpretation Vision of the director. It serves as a decision-making aid for the advertising agency when choosing a director. With the DI, the director applies as a freelancer for the job of realizing the commercial on behalf of the agency and the corporate client.

How to get the request to write a director’s interpretation for a TV spot?

The writing of a director’s interpretation is only ever done at the request of an agency. The creative director and art buyer (FFF 1) usually choose three directors based on the showreels they receive. They are asked to put in writing how they would film the idea or storyboard at hand.

So as a director, you can do no more and no less than make sure that your sensational showreel with the best of your previous directing work for commercials is remembered by those responsible in agencies with an affinity for film.

Nobody likes to tell you this in an agency, but the fact is: clients usually want a director who has already shot similar products or comparable commercials. From the client’s perspective, this mitigates the risk of making the wrong directorial choice. See also the interview with director Florian Meimberg, which is well worth reading.

1 The abbreviation FFF stands for Film, Funk und Fernsehen (film, radio and television). This refers to the person – usually permanent or part-time at an ad agency – who suggests to the creative director (CD) the key creative people for campaign implementation.

How to write a director’s interpretation for commercials?

A professional Directors Interpreation is between 5 and 15 pages long (including illustrations). It consists of three components:

Structure and sequence do not necessarily have to be as described, but all three elements should be clearly recognizable in terms of content.

With the analysis, the director shows that he has understood the task at hand. At the same time it is also the derivation of your implementation proposals. These form the most important part of a director’s interpretation. Remember, you’re writing the Bridge from the idea (or storyboard) to the finished TV spot.

This bridge-building is especially important when an idea relies heavily on cinematic means for its impact. Like in the great split-screen spot of Nike’s current campaign, where the task was to sift through 4000 video sequences from different archives to find the right material, in order to finally unite 53 protagonists from 24 sports in one TVC. 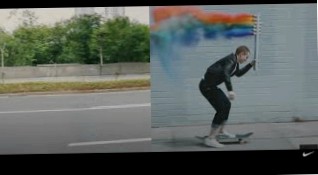 You can draw from a wide range of suggestions for the realization. This does not mean talkative, or arbitrary. But you should show that you understand the mechanics of the commercial and that you are a master of your craft.

Because in the end a director’s interpretation is always about confidence and certainty, concrete notes on casting, dramaturgy, camera work as well as comments on image design and colors, rhythm and staging are helpful. With pleasure also illustrated, or illustrated on the basis of examples.

But it doesn’t stop there.

Client and agency want to feel that you are on fire for their idea. That’s why you have to justify why you really want to shoot this TV spot. The word "justification" is central here. So your personal reference. It’s about you as a person and an individual. Banalities such as the empty formula "I always wanted to shoot a TV spot like this" are not an explanation! Instead, work out why you really want to make this commercial and why you are the only person in the world who could be considered to direct this TVC.

You must avoid these mistakes

Clear: He who crawls cannot stumble!

Nevertheless, you should avoid meaningless introductions like "I’ve rarely read such a convincing idea for a commercial!" in your DI avoid. This bellyaching only works if your counterpart has a problem with their own ego. Although you (apparently) reflect that you are on the same wavelength as the advertising agency.

But what if the CD or FFF are painfully aware themselves that the upcoming TV spot is just mediocre? Because he might never have made it through the client approval process otherwise. Or because you didn’t have a better film idea in the short time given by the agency.

What if it is crucial from the agency’s point of view that the director takes the storyboard to the next level with his directorial interpretation?

If that’s the case, you’re going to hit a brick wall! Because one of your competitors tells the truth and thus helps the agency to realize a really strong advertising film. Or because if you get the job, you’ll shoot a TVC that won’t bring you any follow-ups – or even damage your reputation as a commercial director.

There are service providers specialized in director interpretations on the market. You (or your film production company) can discreetly send the synopsis or storyboard that the agency has asked you for to these providers.

By means of e-mail or phone call, you as the director sketch out your thoughts in just a few minutes. A little while later, you’ll get a Directors Interpretation in PDF format with a professional layout (created as InDesign or PowerPoint), including picture illustrations of look and feel, cast, locations, and everything else that goes with it.

These possibilities are not only used by self-critical commercial directors, who believe that they can communicate better with pictures than with words.

Even established directors like to resort to this tool. Be it because time is short and the director interpretation has to be delivered in the usual three working days and they are busy on another commercial production at the time of the request, but still want to work without an employment gap. Or because they don’t feel like pulling out a leg or two, only to get a rejection after all.

Nevertheless: Those who do not write their own DI, curtail their own role as a commercial film director, their creative scope and their creativity. He loses his competence as an artist and turns himself into an accomplice. Such things must not and cannot be the task of the directors interpretation.