Dear gardening and nature-loving readers, at the word tulip bulb our thoughts already float towards spring, sunbeams appear, bathing the colorful early bloomers in best light. But what do you know about the tulip bulb? Where does it come from, what is its history and how did it get its (tulip) name in the first place?

The tulip bulb has had a troubled past. Thus, it is believed that the Latin name Tulipa was derived from the turban-like headdress "dulband" in Persia, which is no longer worn today. This already indicates the original habitat of the tulip: Central Asia. Around 1500, tulips first arrived in Constantinople as a trade item from the Ottoman Empire. There one began then from 1520 with the cultivation. The Sultan Suleiman II. was very fond of the tulips and decorated his whole palace with it. They were even represented as ornaments on wall tiles, vases, fabrics and even on his ruler’s coat of arms itself. In Turkey at that time there was a real tulip mania. It should not remain the only one. Even today in Turkey, the tulip is the national flower as well as a symbol of life and fertility.

A Habsburg diplomat who worked at the court of Suleiman II. In 1554, a tulip nurseryman, who was active in the field, sent a bulb to Vienna, from where the tulip quickly spread throughout Europe. 1578 it arrived in Great Britain. English writer John Parkinson was the first to classify tulips into early, mid and late blooming in his books. This classification is still valid today. Only at about the end of the 16. Tulips came to Holland in the middle of the 18th century. There, a Dutch botanist fell in love with them and started growing and breeding them. However, this was a difficult task, because due to the climate and humidity, the bulbs became susceptible to disease and began to rot. This increased however only their exclusivity. The rare species with red and dark purple flower patterns on a white or yellow background were especially sought after. But the reproduction of this kind of coloring was usually not successful. From more colored mother bulbs brought forward only monochrome tulips, and from monochrome tulips suddenly developed again multicolored. The culprit was a virus, the so-called tulip mosaic virus, via carry of aphids. This was found out many years later.

The wild tulips (Turkestanica) belong to the tulip class 12 to 15.

The hunt for these multicolored tulips drove many to ruin. More and more people risked their fortunes in the hope of getting rich quickly with the tulip business. The prices for tulip bulbs rose to astronomical heights. Who could not afford tulip bulbs, had one painted in oil. The painter Rembrandt also got involved in the onion trade and lost his entire fortune in the process. The colors of the different colored tulips look like painted with a brush. They were by far the most sought after at the time and they were named after the painter Rembrandt.

In 1637 the tulip prices suddenly collapsed because the supply was suddenly greater than the demand. The Dutch government began to regulate the tulip business, and from then on tulips were available to everyone at affordable prices. Some of the historic tulip varieties are still available today.

Today, Holland is the largest producer of tulip bulbs, with around 4.2 million bulbs per year. The tulip is grown in huge fields and tulip festivals are organized in its honor all over Holland in springtime. Emigrated Dutch people often took their love for the tulip with them. For example, we can also find tulip festivals in New York (formerly New Amsterdam) or in Holland, Michigan.

The tulip breeding boom reached about the end of the 19. Century its climax. The confusion of more than 3000 varieties was great, and so in 1913 the first classification was started in Great Britain, not least because individual varieties could be found under six different names. This classification has been continually revised and has been more or less constant since the 1980s. (see table)

Tulips for the natural garden

The choice of tulips is primarily a matter of taste. Nevertheless, there are a few things to consider for the natural garden. Biologically produced tulips, which we prefer in the natural garden, require many times less chemistry. The conventionally grown varieties are mostly easily propagated mass products and often exhausted after one flowering season. The biological ones, on the other hand, are more robust and durable. Especially tulips of the group "early bloomers" are extremely valuable for insects, because so early in the year the flower supply is still low. Here we choose advantageously an unfilled tulip, so that the insects can profit from the nectar and pollen. Wild tulips are much smaller than cultivated varieties, but they are uncomplicated, hardy, and great for wilding.

Tulip bulbs can be planted now, in December, as long as the ground is not frozen. In addition the bulbs with the point upward without fertilizer addition in permeable garden soil twice as deeply as the bulb is high into the soil put. Make sure you get enough sun and a location that is not too wet, otherwise the bulb will start to rot. Tulip bulbs can be placed at will, with or without a system. Plant spacing should be chosen so that the plant has enough room to develop, but not too far apart so that it still shows to advantage. Basically, the tulip bulb effect is greater when several tulips are planted in a small area than when a few are scattered throughout the garden.

After flowering, except in the case of wild tulips, only the flower heads are cut off, leaving the stems and leaves so that their juice and the power from it can return to the bulb. Now you can also add a little compost to the bulb, it will further increase the reserve of nutrients in the bulb. Withered tulip leaves can be cleverly covered with neighboring perennials.

With wild tulips, the faded flower is left so that it can seed itself. It is advisable to set tulip or other bulbous plants anew each fall, because the bulbs can wither, rot, be eaten by mice or simply give up their willingness to bloom during the course of the year.
And with such a slumbering treasure of flowers in the garden, I wish you from the bottom of my heart a Merry Christmas and a healthy, natural New Year. 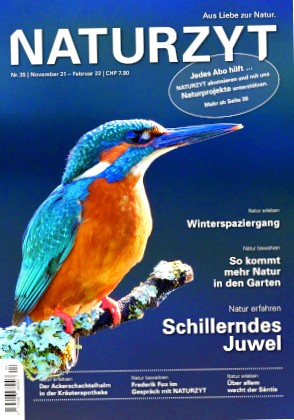 The magazine NATURZYT reports not only about our nature, so that you can experience this more near and experience, but so that you learn together with us, our nature more preserve and protect. Therefore NATURZYT also supports important nature projects with a part of the subscription income. As of January 2022, we are working with our subscribers to support our bats together with the Bat Conservation Foundation. 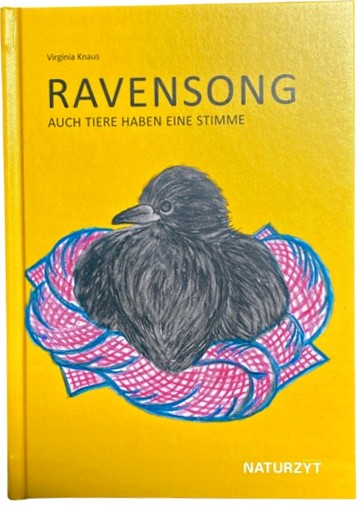 176 pages with 25 color illustrations, A5 hardcover.