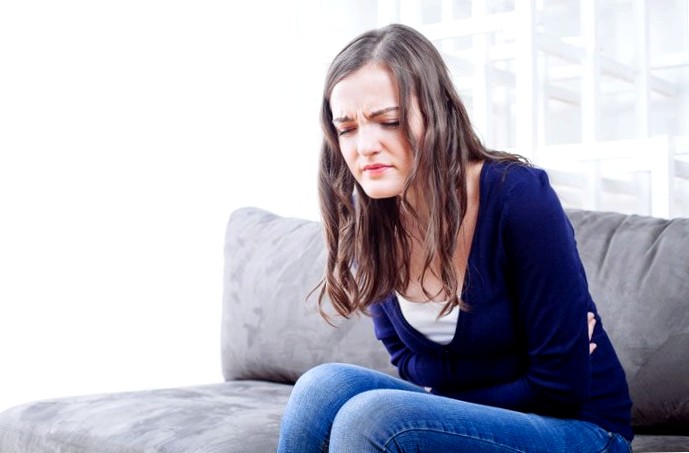 It’s been 7 years now. And yet every year it catches up with me. Always the end of July. I become sad, tearful, irritable and feel that something is missing. She is missing.
This report is perhaps not for the faint hearted, it is about one of the most emotional and difficult experiences of my life: the miscarriage. Why I am now making this part of my life public after all is easy: Many women with a similar fate have thanked me for speaking so openly about my experiences. It made them feel less alone with their situation.

"Here we go. I am bleeding. Oh God!! I bleed! No, don’t panic. Keep calm. Breathe. I tremble. The time of parting had come. I feel it. But please, not here on the train. Not now. Stay with me a little longer. Please."

The news hit us like a thunderbolt four months after Mrs. L.s birth I held a positive pregnancy test in my hands. Pregnant? Now I am? So fast? Joy and fear, doubt and hope literally rolled over us. This was not the plan. We had mixed feelings, but we gave each other support. We would know if it was meant to be, we would make it happen together. We had no doubt about that.
This little miracle wanted to come to us. We accepted it and adjusted to having two kids with a very close age gap.
Would we manage? What will it be like with two such young children?? After all, we wanted at least three years of age difference. Everything will be alright?

Grandma and grandpa reacted with restraint, shock and not much joy when we told them the good news with the baby in our arms. The surprise was visible to them, I could understand and comprehend that they were not blissfully embracing us.

I contacted my gynecologist and asked for an appointment. I am pregnant again. "But you just gave birth?"Yes, but the baby didn’t care." I got an appointment in the 10. Week of pregnancy. The usual procedure. "If you have pain or bleeding, please come anytime."

I was fine. No nausea, no desire to eat, breasts were minimally taut. Just a little tired, but that could also be the short nights. I felt so not pregnant and yet three more tests confirmed I was pregnant. So I was sure not to be mistaken. But this feeling….
Mr. Bart nursed me and asked – probably still a routine of the first pregnancy – if I needed anything. I wondered if he could cook me something, get me something, give me something good to eat. "Yes, take the little one off so that I can rest."
With trembling knees we finally went in the 10. Week of pregnancy to the gynecologist. I’ve known the doctor for years, she took care of me during my first pregnancy too. Urine sample, blood pressure, weight. "Everything has been normal so far?" – "Yes, yes, everything is normal." But somehow also not. I did not get the feeling that I am really pregnant.
She sounded. The amniotic cavity appeared on the screen. So it has nested well. But the ultrasound took a long time. For an unusually long time. Then the doctor picked up a chart, compared some numbers, looked at me, looked at the screen. Said nothing. At some point, she broke the deceptive silence: "When did you test positive??" – "About 10 weeks ago." – "Aha". She kept on resounding. Then she got up and just said that I had miscalculated, about 4 weeks. I looked at Mr. Beard puzzled, who was probably mentally recalculating. I couldn’t say anything, I had a lump in my throat. My feeling that something was wrong was just confirmed.
"In four weeks we make the next appointment, then we look further. Nothing can be seen before anyway." Ha? Is she trying to play me for a fool? In four weeks only if something is wrong?
I was as white as a sheet and couldn’t make a sound and just wanted to leave. I dragged Mr. Bart out of the office behind me like a defiant toddler, until I finally broke down crying outside in the fresh air. I was shivering all over, I was freezing in the middle of summer. I knew there was something wrong with my baby.

We had a vacation planned, a big get together with friends from my Erasmus year in Germany. I did not want to go there. My thoughts were only about my baby who was not well. With whom something is wrong. Mr. Bart finally persuaded me and said: If something is wrong, we can also go to the hospital in Germany. An exhausting 11-hour train ride due to some problems lay ahead of us – with a cranky baby and annoyed passengers who had no understanding for her screaming and complaining. I tried to be there for her as best I could. The few days in Germany were really fine and distracted me from my worries. We laughed, did a lot and it was good for us. I suddenly felt liberated.

The journey home was to be our last hours. This time only 6 hours of train ride and a separate compartment. Wonderful. I’m running. Something’s running. Something is wrong. I go to the bathroom. Blood.
"Here we go. I am bleeding. Oh God!! I bleed! No, don’t panic. Keep calm. Breathe. I am trembling. The time of farewell had come. I feel it. But please, not here on the train. Not now. Stay with me a little longer. Please."
I did not say anything to Mr. Bart, he should not be worried. I felt I couldn’t stop it anymore. You go. You fought, but you didn’t make it. It was not your time.

Only at home I tell Mr. Bart about it, who wanted to go to the hospital in spite of the late hour. All alarm bells rang for him. I did not want. The bleeding was getting heavier, it was fresh blood. My body has already started to let the baby go. I was able to convince him that we would just go to sleep and go to the hospital the next morning. He understood and also knew what we were facing. We are going to lose our baby.

The night passed quietly and so the next morning we contacted the grandmother who, considering the situation, immediately called Mrs. L. looked after. We made our way to the hospital, to the outpatient clinic. She was full, as always. But it was my turn.
The doctor took everything in, sounded and confirmed my assumption. The embryos – yes, there were two of them – had been developing since about the 4.-5. SSW no longer developed and also the amniotic cavity does not match 12. SSW. Termination of the pregnancy is unstoppable.
Although I knew it, felt it and was prepared for it, I now began to cry bitterly. He tried to comfort me, sounded again so as not to miss anything. He was so empathetic and sensitive. He took me in his arms.
"What happens now?" I asked him. He described in detail the possibility of a natural miscarriage, which could take days, or I could have a curettage done. Would I be able to stand emotionally bleeding for several more days? What kind of pain should I expect? No, I wanted the procedure and to draw a line under it. I knew it for so long and finally it all made sense. The thing I had always put off would happen: I would lose my children. My first operation ever. He assured me that he would do the procedure himself and offered me an appointment the next day in the morning. I agreed, signed a few forms and left the outpatient clinic like a shadow of myself. Only then did I realize that we had been with him for almost an hour.

I tried to hold on for my child. Grandma promised to come with us the next day and take care of the little one. I wanted her to go then. I wanted to be alone.
Mrs. L. I laid down and miraculously she fell asleep without a problem. If she felt anything?
I lay on the soft, tried to relax and talked to my stomach inside. Suddenly I was overtaken by severe pain: spasmodic. As with the rule, only angrier. As if by remote control I ran to the bathroom. I realized contractions had started and I got scared. Very much so. What would happen now? There were maybe three or four violent convulsions that I slowly breathed along with until it went "PLATCH". Tears streamed down my face. I knew what had happened. I lost my children.
I got up, turned around and saw a bloody, slimy patsy in the toilet. What should I do with it now? Pick up? Pack him up and take him to the hospital? Flush down? I called the hospital, completely upset and out of it. "You can just flush it down the toilet." My children? Flushing down the toilet? I didn’t have the presence of mind and did as I was told. Tears upon tears rolled down my face. I sobbed deeply.
Suddenly I felt fine. Quite funny. I felt a weight lifted off me. I felt free. Distraction. I needed distraction. I quickly called a friend and we arranged to go to the zoo. Just don’t think about it too much.
I told her what had happened. She hugged me. And I started crying. No, not now. My child needs me. I must be strong.

I told Mr. Bart about it in the evening. We cried together.

I still had the curettage done, because I did not want to continue bleeding for several days and to be reminded again and again of this painful event. It was a Friday. End of July. We spent the weekend curled up in bed – sometimes laughing, sometimes crying. Waves kept rolling over us.

I wanted to talk about it. But there was nobody there except Mr. Bart, who understood me at that time. "Oh be glad, you have a healthy child. Look at it this way."God’s ways are inexplicable." – "That can happen to anyone, you know that." – "That was not yet a child."
I felt alone and abandoned by my parents, my grandparents, by my friends. Either they were overwhelmed themselves or they couldn’t imagine what it was like to lose a child. It hurts. So painful. And you’re allowed to grieve, be angry, wonder why? And you’re allowed to have closure at some point, to say goodbye. Have a little ritual about it. Everything is allowed that is good for you.

After about a week we wrote a letter to our children, who are now somewhere watching over us as guardian angels. We wrote about how we would have imagined life with them, all the things we would have done. It was an emotional goodbye. We buried the letter in our favorite forest – there we come to visit you until today. And we light candles for you. For you are a part of us.

Oh yes, at the check-up after the operation my gynecologist said at that time: She had thought something like that, but she didn’t want to say it. Negative news she does not like to deliver.
That was the last time I was with her. Because when it comes to my health and my life, I want honesty.