Lawyers’ profit sharing In law firms, a clash of cultures rages over compensation 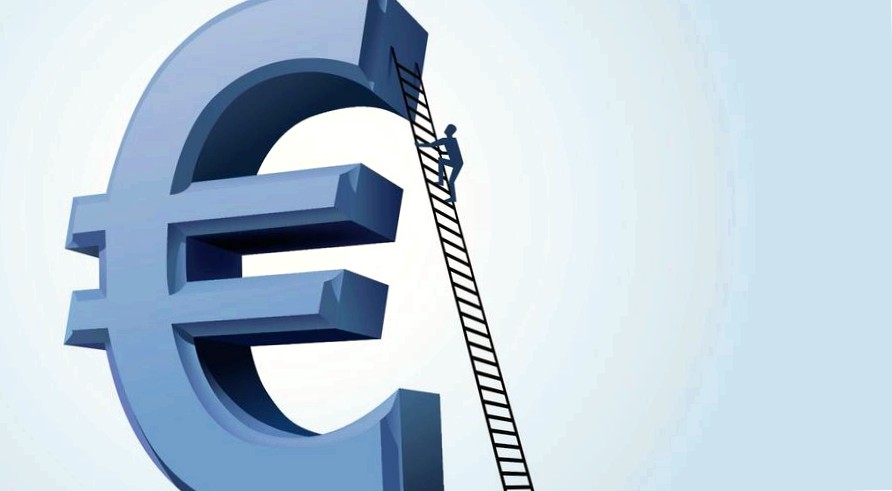 Many law firms are in the process of changing their compensation models.

Hamburg It almost sounds like a fantasy world: dotted ladders with wide gates, fluttering ribbons and steps climbing out of pots. But this world is not drawn for children’s eyes, but designed by managers in law firms. Remuneration structures in large law firms lack magic. This is about business, the foundation of a law firm, its position in the market and the profit of its partners.

In German and British law firms, partner compensation predominated in the 20. Century the Lockstep System. In this model, each partner climbs the career ladder year after year, and each year the salary normally increases. Those who stayed long earned a lot – and so did their colleagues on the same level. Loyalty to the firm and trust among each other were the basis of this model. But the almost socialist principle is increasingly becoming a discontinued model. Partners’ compensation increasingly depends on their contribution to firm’s revenue.

In the vast majority of law firms, the final payout is no longer based on the sum of all partner revenues, but on individual performance. The rigid system of lockstep has been softened with expanded point systems and supplemented with various bonus components. 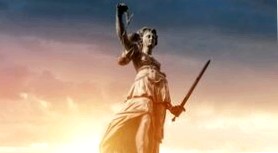 Best Lawyers Ranking : For commercial lawyers, conditions are like paradise

There are new methods in many large law firms. For example, the law firm Freshfields Bruckhaus Deringer recently changed its lockstep system. There, the performance of partners is now compared. There are gates that have to be overcome in order to climb the next rung on the ladder of payout. Ashurst also established an extra bonus pool some time ago to reward outstanding talent. And Allen& Overy as well as Clifford Chance also added bonus points to the lockstep ladder.

Find the best jobs now and
Be notified by email.

A compensation system that pays according to performance and not age has the decisive advantage of rewarding particularly high-performing top attorneys separately. "Some acquisition-heavy partners felt undervalued," says Karin Berz. The headhunter has been navigating the world of large law firms for more than twenty years. "The threat of these high-profit lawyers leaving a firm became real. This is where the English and German lockstep law firms reach their limits. They have no financial leeway."Merit-based" compensation is especially common in the United States.

Meanwhile, mixed systems have become established in almost every law firm in this country. "Many still claim to follow the lockstep system, but almost all models have been modified. Pure seniority no longer counts these days," says Berz. Other performance components determine partner payout. In addition to billable hours, other factors that count include practice group revenue, internal referrals and success in acquiring clients. 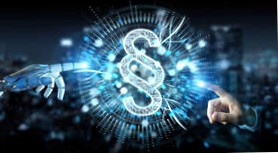 Legal Tech Law firms are missing out on the digital revolution

Business lawyers are in demand as never before. But success makes them sluggish in developing new business areas and digital innovations.

But there is also opposition. One who counters this thesis is Oliver Felsenstein. He speaks from his own experience: "I think it’s too short-sighted for someone to change law firms just for more money," says the Managing Partner Germany at Latham& Watkins. Private equity expert moved to U.S. firm with performance-based compensation in 2015 from lockstep firm Clifford Chance, where he was one of the top revenue-generating partners.

A pat on the back is not enough

"A firm’s conceptual strategy and culture play an equally important role in a job change," Felsenstein says. He sees the appreciation in the lockstep system as problematic. Often, he says, there is only a pat on the back for successful partners. "In our mixed system, on the other hand, exceptional performance can be rewarded with additional bonuses," explains the Latham partner. Still, Felsenstein concedes clear advantages to the basic idea of lockstep: "If all partners work in the best interest of the client and the team, and pass the mandates to where the greatest expertise exists-regardless of personal compensation-then the system is valid."

In a market, however, where international competition is intensifying and profit pressures are rising, socialized pay no longer works. As pressure on partnership grows, question arises about how to handle individual success. "The top people who are the biggest revenue generators are immensely important to law firms," says Sona Walentin, director at legal recruiting firm SSQ in Frankfurt. "This is where lockstep has a hard time. That’s because it rewards long-term commitment rather than short-term successes."

This is precisely where the lawyer sees the core problem: "The majority no longer wants to wait years for the big money to flow in. They want to be rewarded for their work now, here and now. Because no one wants to know whether the firm will still be the same in five years."Spending one’s entire professional life in a law firm, as the lockstep compensation system provides, is outdated.

For Walentin, the focus on the present represents a sociocultural phenomenon. Loyalty to the firm has changed. Job changes are becoming more frequent. "It’s never just about the money," says the experienced headhunter. "Personal appreciation and development opportunities are just as important. On a professional level, access to new clients and markets also plays a role. Those who don’t see an opportunity to develop their practice at their current firm are understandably open to a move."

Not only lawyers, but also law firms have changed. There are law firm managers parting ways with unprofitable lawyers, once an unimaginable affront. And if the profit margin is thin due to tougher competition, the profit is distributed creatively.

Today’s large law firm resembles a business conglomerate in which partners have become interchangeable – especially when the number of partners and lawyers exceeds several hundred. When colleagues greet each other politely at law firm events, but at the same time squint at their name badges, the sense of community and, with it, the sense of responsibility for the big picture diminishes.

A law firm with a special position

Georg Frowein, M&A partner in Frankfurt, is aware of the danger: "The size of the firm is an important factor for the remuneration model. When the collaborative structure and homogeneity can no longer be maintained, the sense of belonging is lost."This feeling pervades Frowein’s firm Hengeler Mueller through and through. With its pure lockstep, it resembles a Gallic village in the large law firm market.

Soon thirty years after its founding, Hengeler Mueller still adheres to the lockstep system – and has no intention of changing it in the future. "Our success is largely based on team spirit," says M&A expert Frowein, describing the firm’s character. "The collegiality prevents the jockeying for pole positions. This allows us to guarantee consistently high quality. The mandates are handled by the lawyers who are best suited for the job."

The biggest enemy in the Hengeler Mueller microcosm is silo thinking. The partners should feel jointly responsible and not manage their own pockets. What helps is the homogeneity of the partnership with around 85 heads. Frowein: "We grow primarily from within, lateral hires rarely join us. In this way, we promote colleagues who are team players and who are fully committed to the cause and thus to the success of the firm." It would also prevent departures, since individual teams could not simply be detached and leave the firm.

An important indicator of willingness to change is the professional fulfillment of partners and entire teams. "Job satisfaction arises when partners perceive compensation as fair," Stefan Engels is convinced. "That is the case when someone is appropriately recognized according to their commitment to the firm," says Engels.

The Hamburg press lawyer is German human resources partner at DLA Piper. The firm, one of the largest in the world, is based on a hybrid system with a lockstep base component and performance-based bonuses. Payment follows fixed rules. "With us, there is total transparency. All partners can see who is in charge of which clients and who is generating which revenues."

How do you prevent resentment in such a system when the merits are different? Engels: "It is accepted that the economically extraordinarily strong partners earn more. Some specialties simply charge higher hourly rates than others. Ultimately, it’s up to me," the DLA partner continues. "If I specialize in press and statements law and decide against patent litigation, I don’t need to fret afterwards about different hourly rates. The same is true for a different number of hours."

In times of high willingness to change, decreasing loyalty and the striving for one’s own success, the question arises as to why the lockstep system has not yet completely died out‧. Partners who grew up in lockstep systems and now work in law firms with hybrid models definitely see advantages in the old model: The team concept and the realistic assessment of one’s own abilities score points when mandates are passed on to other teams according to quality standards.

In addition, the level of earnings is predictable. This is an advantage for those with a strong sense of security. These elements can certainly have a stabilizing effect in a partnership.

But as economic pressures in many firms lead partners to increasingly work for themselves and consequently revenues differ significantly, balancing with bonus components becomes important. The pure lockstep system reaches its limits here.

However, this should not be understood as a call for law firm managers to constantly readjust the compensation system, market observer Walentin points out: "Constantly reopening the topic brings unrest into the partnership."Compensation is relevant to the firm’s personnel policy and competitiveness. "Law firms should, however, resist the temptation to be constantly preoccupied with themselves," says Walentin. That would tie up too many important resources. And in the end, all partners would lose – regardless of the remuneration system.