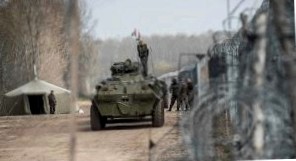 Two lawsuits against the EU's refugee policy are already underway. Now Hungary's government also wants to put it to a popular vote. Brussels views this with concern – but what effect would a negative vote have?

Hungary's right-wing populist government increases prere on Brussels with referendum against EU refugee policy. Citizens there are to hold 2. October vote on the European Union's planned distribution of refugees among EU states. Prime Minister Viktor Orban's government has already filed a lawsuit against these quotas. President Janos Ader on Tuesday set the date for the referendum that has been planned for months. The EU Commission reacted with concern to the decision, but German Chancellor Angela Merkel (CDU) was calm about it.

In the referendum, Hungarians are supposed to answer the question: "Do you want the European Union to require the settlement of non-Hungarian citizens in Hungary even without the consent of the (Hungarian) Parliament??"For months already, the government has been promoting a 'no' vote in the referendum. "Let's send a signal to Brussels so even they understand," placards read. The referendum's success is considered certain because even Orban's political opponents approve of his tough refugee policy.

Last year, the EU Council of Ministers decided, against the votes of Hungary, Slovakia, the Czech Republic and Romania, to distribute up to 160,000 refugees within the EU after their arrival in Italy and Greece. Hungary is to take in a good 2300 of them. Slovakia and Hungary also filed a complaint against the quota system with the European Court of Justice (ECJ) in December.

Merkel does not expect any consequences

Referendums on existing and legally binding council decisions fill the EU Commission with concern, according to its own statements. But they did not change the decision-making procedures as provided for in the EU treaty. "As we understand it, the Hungarian referendum is directed at decisions to be taken in the future," an authority spokesman in Brussels said. Seen this way, a negative vote by Hungarians would come to nothing.

German Chancellor Merkel expects the Hungarian referendum question to yield "an answer to the government policies that are already in place now". "In this respect, I don't expect the referendum to change the current situation," Merkel said in Berlin.

CSU state group chair Gerda Hasselfeldt said probably the vote would not lead to more solidarity in European refugee policy. When it comes to managing migration, a lot of diplomacy is needed to keep EU states together, he said. "This is damn difficult," she said.

Meanwhile, Hungary introduced a new procedure for swiftly deporting refugees without trial. Since Tuesday, border police have been allowed to immediately take refugees who entered Hungary illegally and are apprehended on Hungarian territory up to eight kilometers from the borders with Serbia and Croatia back behind the border fence.

There, they would be shown the way to "transit centers" where they would be allowed to apply for asylum, Orban's security adviser Gyorgy Bakondi said. Until now, all illegal entrants in Hungary were to be tried for border violations.

Hungary has been operating a strict seal against refugees since last summer. In 2015, some 391,000 refugees had arrived in Hungary on the so-called Balkan route – most of them intending to continue on to Western Europe. This number fell drastically this year, at the end of June there were about 17 300.