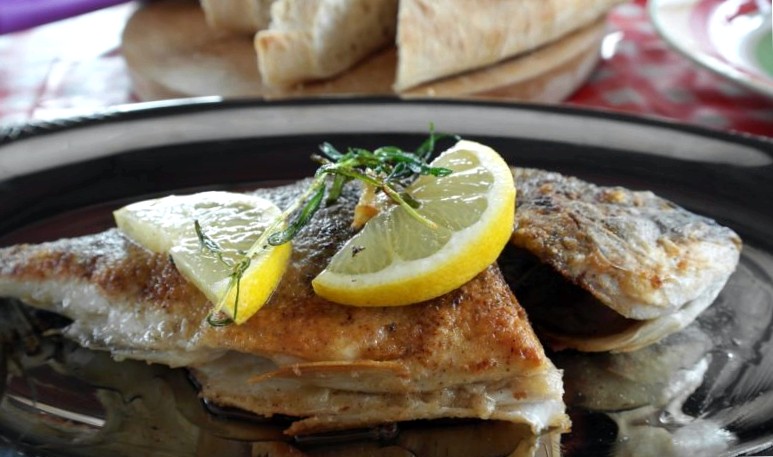 Roasting gilthead seabream – duration and temperature – how to get it right

Roast the gilthead tastes like summer, sun, beach and sea. Because this fish is especially popular in the countries around the Mediterranean Sea. No wonder, since gilthead seabream is particularly tasty and comparatively inexpensive. In this country it is often also called "gilthead bream" and is now available everywhere in the good fish trade.

Traditionally, the gilthead is fished with trawl nets. However, the natural resources can no longer completely meet the demand, so that dorades are often also bred in aquacultures.

The tender, white-fleshed gilthead seabream is available all year round. Some gourmets swear, however, that the fish tastes particularly good in the months between July and October. You can fry gilthead seabream at any time of the year. In the summer, however, it goes well outdoors, so that the apartment remains free of strong smells. By the way, the sea bream can also be grilled really well or cooked in a salt crust.

Prepare and fry the dorade:

It’s great when culinary luxury is as healthy as gilthead seabream. Their meat is quite low in fat and calories. On the other hand, the fish scores with numerous proteins and minerals such as calcium, phosphorus, magnesium and iodine.

Whether baked, fried or grilled, gilthead seabream is incredibly versatile in culinary terms. Naturally, it goes well with Mediterranean vegetables from peppers to fennel and vegetable onions to olives. It goes well with all the typical Italian herbs, like those used for pizza or pasta. The noble fish also invites experimentation. A short research leads to countless recipes with the gilthead seabream.