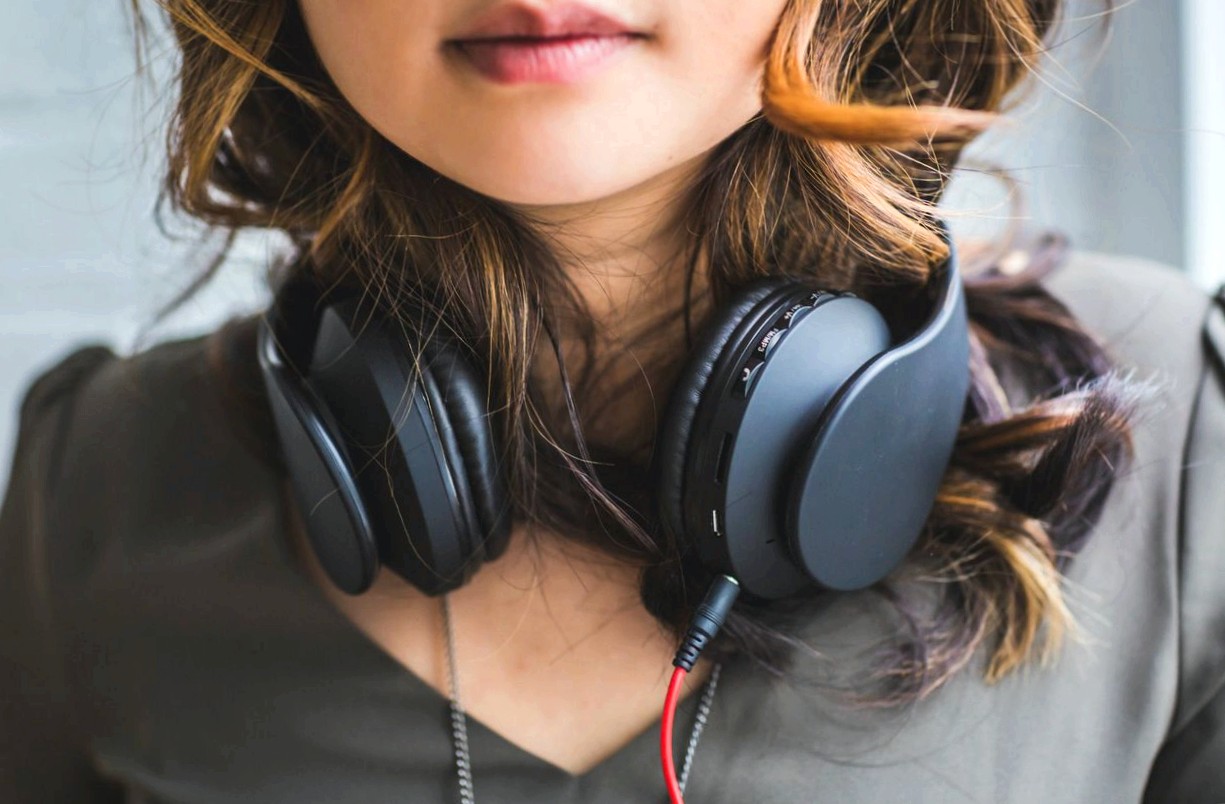 Writing song lyrics is a real challenge. The songwriter must find the exact words that describe his feelings, and they must not only fit a certain melody and tempo of the song, but also sound beautiful.

The lyrics can also be at the beginning of a new song: You first write the words to evoke a feeling or mood, to which a suitable melody is then created. Words can have so much power that a song can move us to tears, whether of joy or sadness – therein lies the gift of a good songwriter. Sometimes knowledge of English idioms can be helpful to understand the song lyrics better.

Some songs are just happy catchy tunes that make you want to sing along or that you can’t get out of your head, even if they are completely meaningless. "Naaa na na na-na-na-naaaaaa" is not exactly the inspiration par excellence, but thanks to the Beatles, these sounds are among the most sung in the world!

The best song lyrics read like the highest poetry, and in the eyes of many, musicians like Neil Young and Bob Dylan are not only songwriters, but poets as well. To realize how difficult it is to write lyrics as superb as they are, and how rare that gift is, one need only look at the other end of the scale:

There are far more bad song lyrics than good ones, and that’s why we appreciate the good ones all the more. Below, learn more about some of the best songs and lyrics ever recorded, and what they mean. Of course, we’re also interested in your favorite songs, what they mean to you, and why.

The Beach Boys – Surf’s Up

Simply one of the most beautiful song lyrics ever written – and also one of the strangest. Several layers of surreal symbolism distinguish this product of the truly unique imagination (and some extremely illicit substances) of Van Dyke Parks’ lyrical genius. The words create image after image and flow in perfect harmony with Brian Wilson’s intangible ode to the sea. They are so unusual that they even caused tensions within the band and were dismissed by Beach Boy Mike Love as nonsense that fans would not appreciate either. The song was then shelved for a few years, but fortunately it could not remain hidden for too long!

The protest song of all protest songs: with his anti-war song, Dylan gave expression to the fears of an entire generation. Vietnam was raging, and young Americans were being drafted into a war they didn’t understand – this song was the perfect echo of their anger, fear and outrage. The lyrics describe the feelings of a young man who doesn’t want to be forced into army service in the first person, making them all the more relatable. The melody is exceedingly simple, and yet this song has been covered by countless musicians thanks to its incredibly powerful words.

"Take a sad song, and make it better…"

John Lennon initially believed this song was written for him – at the beginning of his relationship with Yoko Ono – but Paul McCartney put this Beatles classic on paper for Lennon’s son Julian. Originally titled "Hey Jules," the song was meant to help young Julian get over his parents’ divorce and has since provided comfort to countless others. Its genesis also coincides with the beginning of McCartney’s new relationship with Linda Eastman and waits with encouragement, advice and a strong belief in love – so another famous song lyric about love, escape seems impossible! But "Hey Jude" is almost as famous for its ending: more than four minutes of the famous "na na na" stretch it to more than seven minutes, making it the longest single ever to top the British charts and also giving The Beatles their biggest hit in the U.S.

Johnny Cash – I Still Miss Someone

"There’s someone for me somewhere/And I still miss someone…"

Another simple tune made special by deeply felt, painful words, and one of Johnny Cash’s most famous and most covered songs. More lyrics have undoubtedly been written about love than about anything else, and we often remember best those that mourn lost love. Here, the words hit right to the heart, as they are so honest and unapologetic – anyone who has ever lost a loved one can relate to them. The country classic, one of Bob Dylan’s favorites, has been covered by Joni Mitchell, Emmylou Harris, Dolly Parton, Gram Parson and Stevie Nicks, among others.

The title song of M*A*S*H is one of the most famous tunes ever from film and television, and its lyrics come from a most surprising pen. Director Robert Altman was looking for a song to be sung by one of the characters from the film in a particular scene. He told songwriter Mandel the song had to be called "Suicide is Painless" and secondly, it had to be the "dumbest song ever written". Altman tried to come up with the lyrics himself, but his 45-year-old brain wouldn’t come up with anything "silly enough". Instead, he turned the task over to his 14-year-old son Michael, who, however, came up with one of the most profound lyrics a 14-year-old has ever produced! The song, famous for its grimness, is written from the point of view of someone contemplating suicide. As the title song to a blackly humorous story about soldiers and their misery in Vietnam, it weighs the futility of war and the meaninglessness of life, and is all the more meaningful because it was written by someone so young.

The Smiths – There Is a Light That Never Goes Out

It’s rare to find a band that is as critically acclaimed for its lyrics as it is for its music. But thanks to the great word wizard Morrissey, the Smiths have managed to do just that. Morrissey – avid reader, huge poetry fan and romantic at heart – has written some of the most famous lyrics to emerge from the British music scene in the last 30 years. The Smiths’ song titles alone contain more poetry than most lyric sheets: Shoplifters of the World Unite, Last Night I Dreamt That Somebody Loved Me, There Is a Light That Never Goes Out have already served as inspiration for countless tattoos. There Is a Light is one of her most covered songs, whose words seem to have been inspired by one of Morrissey’s heroes, James Dean in … for they know not what they do, were inspired. The text speaks to young people all over the world who feel alienated and would like to run away, go through their first excesses and excitements of life, and no longer feel safe in the family environment.

"That’s great, it starts with an earthquake, birds and snakes…"

REM have written some of the most successful songs of the past decades, thanks in no small part to the (often misunderstood) lyrics of Michael Stipe. Stipe seems to make his lyrics a bit opaque on purpose – with a lot of symbolism and hidden meanings. Even It’s the End of the World, one of their most upbeat and beloved songs, is no exception and chock full of lyrics that will test even the biggest of REM fans. Singing along to this song, apparently written as a tribute of sorts to Bob Dylan’s famous, uber-lyrical Subterranean Homesick Blues, one quickly gets out of breath! What does this word flow mean? As with many of REM’s lyrics, no one can really be sure. Partly anti-capitalist indictments can be gleaned from various narrative set pieces, but partly the words seem to have been included only because they sound so great together in the song’s entirety: "The ladder starts to clatter with fear fight down height".

Neil Young’s profound lyrics often put him on a par with Bob Dylan, and his talent for tears is undeniable. He’s never afraid to show emotion, and that’s exactly why his words have so much power – they’re honest and come from the heart. Old Man was written for the old janitor who looked after Neil’s ranch, Broken Arrow, which he bought in 1970 and where he lives to this day. In the song, the life of an old man is compared to that of a young man, with the conclusion that their needs are more similar than they realize.

"They paved paradise, and put up a parking lot…"

Joni Mitchell, like Neil Young, is from Canada and was good friends with him through the folk scene. She has also penned some famous song lyrics, the most famous being Big Yellow Taxi, in which she addresses the issue of environmental destruction. Joni explains: "I wrote ‘Big Yellow Taxi’ during my first trip to Hawaii. I took a cab to the hotel, and when I woke up the next morning, I pulled back the curtains and saw these beautiful green mountains in the distance. But below me stretched a parking lot as far as the eye could see, and it broke my heart … that pestilential breath in paradise." The lines "you don’t know what you’ve got til it’s gone" can be applied to numerous circumstances besides the destruction of the planet, which has made the song a universal favorite.

The Muppets prove that song lyrics don’t always have to be about love, heartbreak and loss, and that they don’t have to be profound to be popular. "Mah Nà Mah Nà" is one of the most famous songs of the Muppets, dearly loved all over the world, and it means … absolutely nothing. The song, originally written by Piero Umiliani for an Italian film, contains only nonsensical words and scat, a kind of improvised rhythmic singing. Successful lyrics sometimes just have to be good sound and thus become musical instruments themselves, instead of taking on any special meaning. It’s impossible not to sing along with this song! 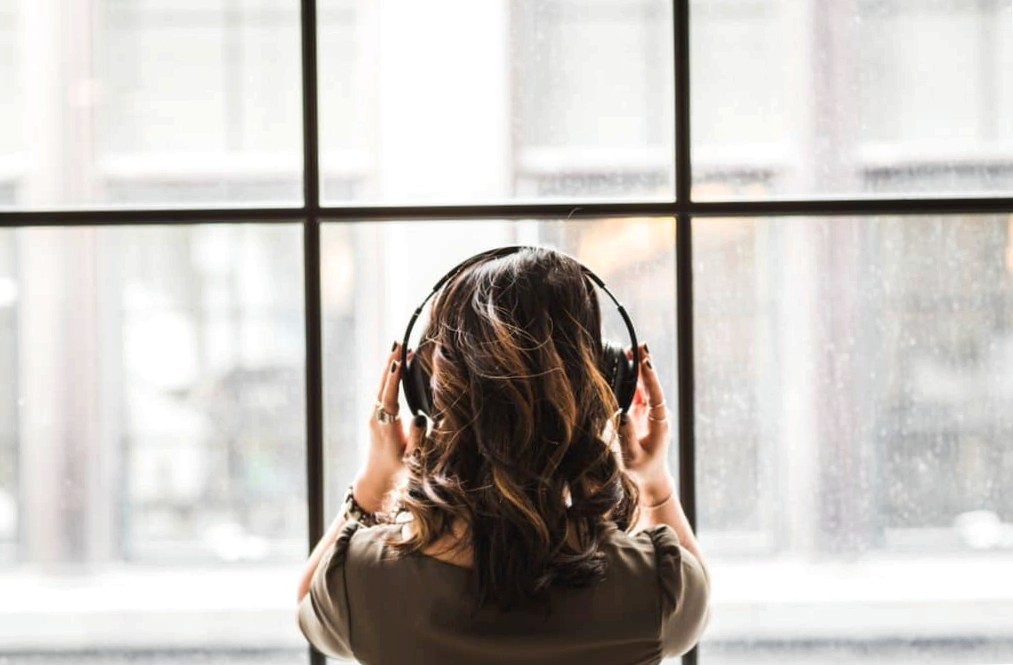 For further assistance in learning English, check out our English courses .