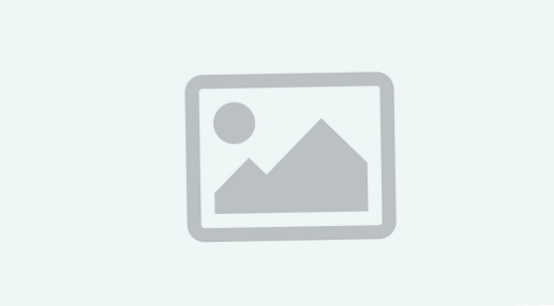 The Italian Christmas is not only one or two days long, but lasts a whole month. The festival is celebrated in a big way, because after all Italy is a Catholic country and holds on to its traditions. The fact that the Italian Christmas is a family celebration is only underlined by the well-known saying "Natale con i tuoi, Pasqua con chi vuoi". The proverb means something like "Christmas you celebrate with your family and relatives and Easter with whomever you want".

When does the Italian Christmas begin?

Am 6. December is St. Nicholas Day. On this day the children of San Nicola receive gifts and sweets. San Nicola was a saint who was venerated for his generosity. He had nothing to do with children, but later, in the High Middle Ages, there was in northern France – at least according to legend – the resurrection of killed disciples. Thus the connection of San Nicola to the children was born. In addition, San Nicola was the patron saint of sailors, so the children made crafts for his name day on 6. December little ships, in which the saint then put his gifts and sweets. So the custom was born. Today, however, the children no longer put boats in front of the door, but plates, socks or shoes.

The 13. December is Santa Lucia. This saint was Italian and was probably born in 283 in Siracusa, Sicily. She died a martyr’s death at the age of 20 because she did not want to marry a non-Christian. The 13. December is Santa Lucia Day because on this day, before the Gregorian calendar reform, the solstice festival was celebrated, the festival of light. The name Lucia means light. In Italy, the feast is also celebrated and the saint is the patron saint of the poor. That’s why there is a typical Lucia pastry – the Torrone dei Poveri, made with chickpeas and sugar.

On Christmas Eve, cannon shots are fired from Castel Sant’Angelo in Rome. These are the beginning of a 24-hour period of fasting. On this day, the children give their parents a handwritten Christmas letter with good wishes and the promise for the coming year to always be good. On the 25th.12. Christmas begins in the traditional way with a solemn midnight mass celebrated by the Pope himself in St. Peter’s Basilica.

On 25. December the family gathers for lunch. The word "lunch" is a gross understatement, because a whole arsenal of food is served and the meal can be described as opulent. It begins with an aperitif and an appetizer, followed by the first course, usually in the form of pasta. Afterwards, there is a meat or fish dish, depending on the region the family lives in or the family’s preferences. The italian christmas is not over yet in terms of food here. Everywhere in Italy, dessert is delicious cakes like panettone or pandoro or torrone and other treats. Also a Caffè and a Grappa to the crowning conclusion is not missing.

There are also gifts, but it depends on whether you are in a traditional family or not. In traditional families, the Italian Christmas is only for small gifts, and the main gifts are given on Epiphany, the 6th day of the month. January, these are then brought by the so-called La Befana. However, this custom is changing more and more, so that the Italian Christmas is becoming more and more like the European customs and the children also receive their "real" gifts already on the 25th of December. December receive.

Of course there are also Italian New Year’s Eve traditions. If you feel like spending New Year’s Eve in Italy, we also recommend a language course – you can easily find it on our site! So nothing stands in the way of the lively New Year’s Eve celebration!

When does the Italian Christmas end?

The Italian Christmas, or better the period of festivities, ends on 6. January. Because then comes the witch, called La Befana. It comes through the chimney just like San Nicola and therefore it is also black and dirty. So the children hang or put their shoes or stockings in front of the fireplace and hope for presents. The good children also get presents, but the bad children only get pieces of coal. But even these are made of chocolate nowadays.

Do you have Italian relatives, friends or customers?? Would you like to wish them "Merry Christmas"?? Then here we have the appropriate phrases for you!

Well, do you feel like taking a language course in Sicily?? On our website you can find the relevant information. We wish you a lot of fun while browsing, traveling and of course reading.