The 30. April 1993 changes the tennis world. Monica Seles is stabbed by a mentally disturbed man at the Rothenbaum in Hamburg. She is still lucky.

Monica Seles takes a deep breath. She looks tense and also a little exhausted. After a seven-week break from the tournament, the tennis star has not yet really regained her rhythm. In the quarterfinals of the clay court event at Hamburg’s Rothenbaum, the world number one nevertheless leads 6-4, 4-3 against Bulgaria’s Magdalena Maleeva. Seles, even in bad shape at the time, is too good for the competition. She is an exceptional player. The Serbian now needs eight more points to get closer to her dream final against her long-time rival Steffi Graf.

The sides are changed. Seles sits down on the white bench next to the referee’s chair. She leans over to her water bottle, takes a sip and wipes the sweat from her forehead. That move, doctors later say, probably saved her from being in a wheelchair today. A loud scream silences thousands of spectators on Centre Court. Seles staggers towards the net. Pandemonium breaks out in the row behind her bench. The situation is confusing. These are moments that change the tennis world.

Knife attack during the break in the match

At first, it is unclear what exactly happened on this warm spring evening of the 30. April 1993 at the Rothenbaum. Seles can no longer keep on her feet. She collapses in front of the net and is now lying in the red ash. "It was a crueler pain than I could have ever imagined", she says later. Helpers rush in to give the Serbo-Croatian first aid. Her white shirt is bloodied at the back. Meanwhile, a man in the first row of seats is overpowered by several people. He holds a knife in his raised hands, wants to stab a second time, defends himself as best he can. His baseball cap falls to the ground during the fight. So did the long butcher knife with which he had previously stabbed Seles in the shoulder.

"Man with a wicked grin on his face"

The inconspicuous but also sinister-looking man with the unkempt hairstyle and the patterned purple shirt is led away. His name is Gunter Parche. He comes from Thuringia, is unemployed and a paranoid admirer of Steffi Graf. And Seles will never be able to erase it from her memory. In her biography "Getting a grip", published in 2009 (Getting a grip) she describes the moments that changed her life: "Immediately I turned around, saw a man with a vicious, sneering grin on his face. In his hand: a long knife! He stabbed me with it millimeters next to the spine. Doctors told me later that if I hadn’t leaned forward at that moment, I could have been paralyzed."

Seles is lucky. Physically, she suffers no permanent damage. The scapula remains intact; the puncture only injured muscle and fibrous tissue. Doctors predict that, with luck, she will be able to resume training in five weeks. Two days after the assassination attempt, the then 19-year-old receives a visit from Steffi Graf. The German stays only a few minutes in the hospital. She has to go to Rothenbaum to play the final against Arantxa Sanchez Vicario from Spain. 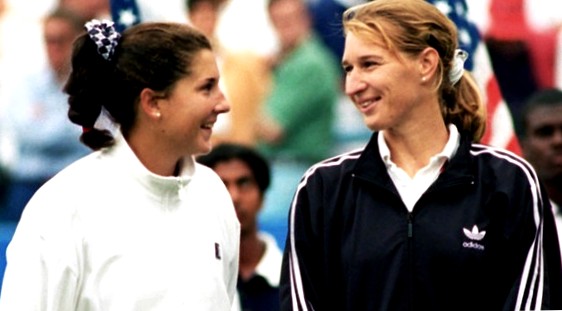 Seles is distraught. She had assumed that the event was canceled after the attack. In professional sports, however, no consideration is given to individual fates. The tennis circus moves on – for now without the best player in the world before the assassination attempt. The teenager can’t muster the strength for a quick comeback. "I got stabbed, on the tennis court, in front of ten thousand people. It is not possible to talk about it in a detached way. It irrevocably changed my career and damaged my soul. A split second made me a different person.", Seles later wrote in her biography.

She struggles with anxiety, depression and nightmares after the attack. Only after psychological therapy can she return to the WTA Tour in August 1995 – more than two years after Gunter Parche’s insane act.

"’Can’t understand why he didn’t have to atone’

While Seles is still struggling with the consequences of the attack today, the perpetrator gets off with a two-year suspended sentence. The unemployed lathe operator is found in court to have a "highly abnormal personality structure and diminished ability to steer. Seles is horrified: "I can’t understand why this person didn’t have to atone for what he did." 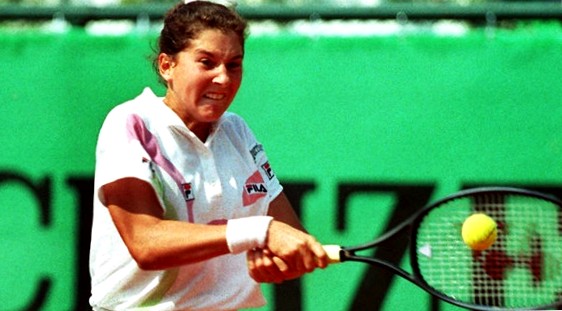 A claim for damages of 12.2 million euros against the German Tennis Federation, the organizer of the Rothenbaum tournament, also fails. Seles will not compete in Germany after the assassination attempt. "Now this is the country that did not adequately punish the man who attacked me", she said bitterly.

Although Seles celebrated some remarkable successes after her comeback, the now US-American never finds her way back to her old form. In 2003 she played her last professional match. Constant back and foot problems subsequently prevented an intended return to the WTA Tour. In 2008, Seles officially ends her career, which would probably have been much more successful had it not been for this 30-year anniversary of her death. April 1993 at the Rothenbaum.