There were fewer icy road accidents and flu deaths. That’s the good news, But nature will struggle hard.

Winter fans can safely tick off the season. With the onset of meteorological spring on Sunday, it’s clear this winter was the second warmest since records began in 1881.

Nationwide, the three months averaged 4.1 degrees, 3.9 degrees above the value of the internationally valid reference period from 1961 to 1990. According to the study, only the winter of 2006/2007 was warmer, with a plus of 4.4 degrees.

In Mecklenburg-Western Pomerania, Brandenburg and Berlin, the winter of 2019/2020 was the warmest since measurements began, experts from the German Weather Service DWD report.

Humans will be able to cope with such a year without winter. But how does nature react to such a total failure?? Myriads of stinging pests torment us this summer? Or do the beeches imitate the extremely early blooming snowdrops and crocuses and sprout a few weeks earlier than usual??

"Unfortunately, in many cases the correlations are not quite that simple," explains Mathias Herbst, who heads the DWD’s Center for Agrometeorological Research in Braunschweig, Germany. For example, trees like beech first need a crisp frost period to stimulate their leaves to bud after a strong warm spell.

So if frost is absent, as it was this year without winter, tree buds ignore late-winter warm spells even as they repeatedly convey springtime feelings.

It is only when the days start to get longer and longer in the spring that many plants start to respond to the heat. Then the buds of the vines open and the fruit trees begin to blossom. Because the warmth of climate change now comes much earlier on average than in the good old days, the vegetation now also strikes about two weeks earlier than in the past.

But this further exacerbates a problem with which winegrowers, fruit and vegetable farmers have been struggling since time immemorial: if a late frost destroys the buds that are just opening or the fruit blossoms, the harvest later also falls completely or partially into the water. "Even with climate change, there will always be such late frosts," explains DWD researcher Mathias Herbst. And the longer the nights are when the air cools, the more frequently and severely they do so. Paradoxically, as vegetation comes earlier and earlier, the risk of late frosts nipping the coming harvest in the bud increases. 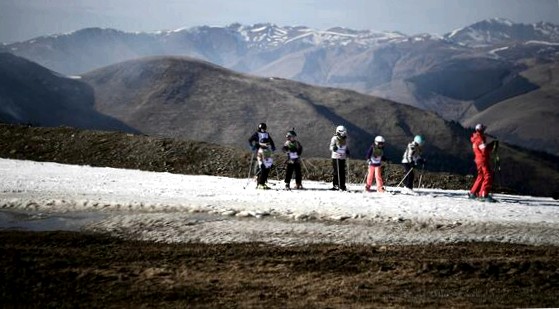 Many people also suffer from the temperatures

The cold season does not leave us humans unscathed either: "Significantly more people die in the winter months than at other times," explains Stefan Muthers of the DWD’s Center for Medical Meteorological Research in Freiburg im Breisgau, Germany. There are several reasons for this. One of them seems to be the flu epidemic, which claims the lives of many sick people, especially in January and February of each year.

People with high blood pressure are also more likely to suffer a heart attack if they put in unaccustomed effort, for example by shoveling snow in winter. If the winter is mild, such fatalities could also become less frequent, just like traffic accidents on roads slippery with snow and ice in the lowlands. Weather-sensitive people, on the other hand, are unlikely to breathe a sigh of relief in a year without winter: "They usually suffer less from the cold, but much more from the frequent changes in the weather," explains DWD researcher Stefan Muthers.

"Cold episodes also cause many insects and their eggs to die," explains Ruth Muller, who heads insect research at the Institute of Tropical Medicine in Antwerp, Belgium. In a year without winter, therefore, many more insects survive than after crisp cold weather. 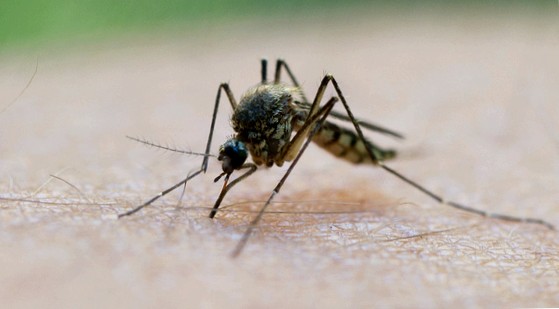 But this does not necessarily mean that afterwards legions of creepy-crawlies will destroy the harvest in fields and gardens, or that myriads of stinging mini-beasts will attack us in the park or on the balcony. This is how mosquitoes multiply, especially when the spring is warm and humid. So it is only then that the course is finally set for an insect plague.

Suddenly the Asian tiger mosquito is also present in Europe

The same applies to insects that originally come from the tropics, such as the Asian tiger mosquito, which first appeared in Italy in 1990. "In southern Europe, these new arrivals have been able to get used to the winters there and are now also surviving the mild winters of recent years in central Europe well," reports Ruth Muller. This is bad news, however, because these insects can transmit dangerous tropical diseases such as dengue fever. "Such infections have now occurred in Italy," the German researcher further explains. 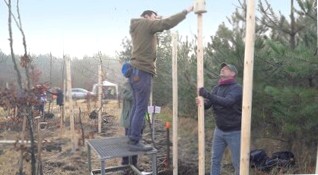 In 2000, the Asian tiger mosquito also appeared in Belgium, in 2007 there were first findings in Germany, and in the canton of Ticino these insects are now found everywhere. Ruth Muller therefore recommends combating such breeding sites to prevent the insects from spreading.