Hello Tom,
I have been reading your blog for a long time and it always makes me laugh and cry. So many stories, all of which are simply beautiful in their own way… However, so far only as a silent reader, writing is not my thing.
But today I have a question for you:

A person with whom I occasionally had to do has passed away. Apparently, all persons who were in the same business relationship with her as I am, are present at the funeral, incl. the funeral service. funeral feast invited. As far as I know, this person had no children, the names on the card are, except for one, completely unknown to me. I have recently had telephone contact with a name on the card, but I do not know the person.

In lieu of flowers, a donation is requested. I would also like to comply with this. But now my question: Should I write a condolence card? If yes, to whom addressed and to whom do I hand over this card? The family names on the card are all different, they are probably nieces and nephews of the deceased. There is no sender. What would you advise me to do?
Thank you very much in advance for your answer.

We often have to deal with this question.
It is not rare that with the deceased also his name and his whole family tree branch dies out. To whom do you address letters of condolence??

Here three variants have proven to be practicable.
Let us assume that the name of the deceased was Werner Muller.
Then there is absolutely nothing wrong with addressing a letter of condolence this way:

Another variation is "family," in which case it’s best to address the letter vicariously to the person who was at the top of the funeral cards and announcements:

The third variant is very pragmatic, but is also often used:

The question remains, where to send your letter of condolence or how to get it to the right person.
When you go to the funeral, you can often leave letters of condolence at the condolence desk or with the funeral director’s staff directly.

Otherwise, you can send it to the old, known address of the deceased for a few days after the death. Usually, mail for the deceased is still received there for quite a while and is then forwarded to one of the surviving relatives.

Still to be clarified, what to write in a letter of condolence, if one had to do with each other only in such a business way.
It is not to be expected that the bereaved will necessarily know the name of the person wishing to express condolences. Therefore, it is quite legitimate to mention in one line of the letter of condolence who you are and what you had to do with the deceased.
In the case of purely business relationships, it is often sufficient to include your own company or company name in the sender information. the own employer with indicates.

Here the writer Peter Wilhelm tells and informs. The expert is editor-in-chief of MEETINGS. The satirist publishes satires and
Product tests. Peter Wilhelm is also on Facebook.
For more about the author, born on the night of Halloween on All Saints’ Day, see u.a. here and here. The author lives with his family near Heidelberg.
All information to the best of my knowledge, not legal, tax or medical advice! Ask a professional!

The order of the survivors is always interesting. I thought this goes by the age of the children, the oldest child up, but I have I heard that the child what z.B. stayed at home, is called above. Maybe because of the cards?

When my mother-in-law died, the letters also went to "Trauerhaus [last name]". Some also directly to my father-in-law, because the place is not so big and you know each other.

What I found interesting and not known from my Ruhrpottheimat was the custom of putting money in the funeral letters, for later flower decorations. My father-in-law can decorate the grave beautifully for quite a while from the money he received as a gift. I find the custom beautiful. Where except at the Middle Rhine there is still that, who can say to it something?

@licorice and chocolate: it was the same with my grandma, in rhineland-palatinate

Recently had the case that a good acquaintance, with whom we used to be very much together but had no contact for several years, died. With the formulation and addressing of the funeral card I got then also in such a way my problems. I did not know if she was divorced from your husband in the meantime.
The info, that the children would be the funeral liable, helped me then further. So probably divorced. I then addressed the card to the siblings and the residence of the middle, only stayed at home, family member.

@licorice and chocolate
In our country (Saxony-Anhalt) the donation of money in the funeral card is also usual.

@Lacritz and chocolate: In Baden-Wuerttemberg this is also usual. My mother died in January and was cremated. So there was no chance to put flowers on the grave at the funeral service, so almost all the condolers put money for the grave care into their envelopes. That one makes with us in the area however not only with funeral ceremonies in such a way, but also with burials in the ground. People who were close to the deceased or the family send a wreath or a bouquet to the funeral, the others put money for the later flower decoration in the envelope with the funeral card.

@2: in the Munsterland I know the same thing

In such cases, a "mourning address" with names and addresses of the person to whom you can send your condolence mail is also often given.

@2 also with us in Bavaria and also in Austria it became the good custom to give in the letter of condolence money in addition.
To the funeral addresses:
Sometimes in the newspaper obituaries these are apparent. Whereby I rather advise against it with my consulting discussions in the case of death, since this address then not only asked but also again and again uninvited guests read, and the latter know then due to the funeral data, where and when a dwelling is "freely available".

Thanks for your information! My ignorance probably stems from the fact that I have hardly attended funerals and these only in the Ruhr area. The Middle Rhineland was the first in "abroad"&

@ Smilla (1): To me it seems logical and understandable that in the obituary at the top are the people who live directly with the deceased.
Also logical, but less understandable when unmarried children are named after the married ones, contrary to the age sequence…

Is with us (East Frisia) also absolutely usual, some condolence letters were also attached coupons of flower stores.

Actually there is in the local announcements always a mourning address, did not know that it is not usual elsewhere to leave such an address.

In the Ruhr area, it has become customary to give money in an envelope in the letter of condolence or after the funeral.
The first time I experienced this, I found it very cold and hm, impersonal.
In the meantime, however, I think it is a nice gesture.
For later flower decoration or contribution to the expensive grave bordering it is a very welcome gift.

What is the greeting in the funeral card? "Dear bereaved family" yes rather not. Should I list everyone by name who is mentioned in the obituary notice? I don’t know any of them, except the daughter of the deceased, whom I am friends with. 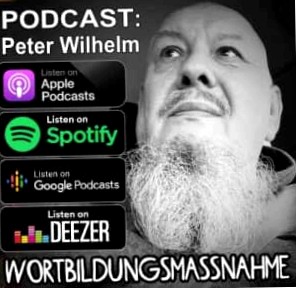 Amazon Affiliate Program
If you buy something through this link, you help the blog with a few percent of the (unchanged) price.

Books on the subject