If you want to be productive, you don’t want to bother with system settings or driver updates. Apart from technology enthusiasts, most users primarily use web browsers, office packages or programs for image processing, but are hardly interested in the operating system. Linux is particularly suitable for this user group because standard software can be set up with just a few mouse clicks. On the other hand, if you need special programs that are only available for Windows, you have to go a different way under Linux. Either via virtualization or Wine. 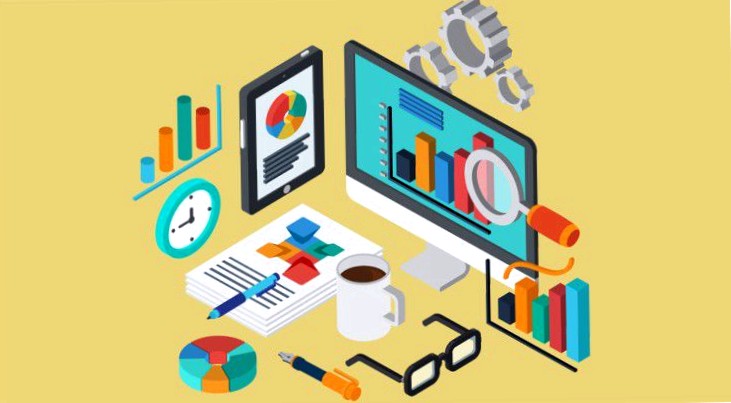 1. Software under Linux easy to install

Finding and installing software is a big change for Windows migrants. Linux software almost always comes from the distribution’s package sources (repositories). On the one hand this is a technical limitation, on the other hand it is a big security advantage compared to setup programs from any source, as usual under Windows. Inexperienced switchers who only use the package manager of the respective distribution are on the safe side. Browse the categories of the offer or use the search to find the software mentioned in this article. Then click on "Install. Then start the desired application in Linux Mint via the menu at the bottom left of the screen.

Firefox is preinstalled as a browser in almost all Linux distributions. Those who have already used Firefox under Windows do not have to change. There are no differences in the settings, and almost all add-ons can be used like in Windows. If you want, you can move the Firefox profile from Windows to Linux. To do this, open the "%appdata%" folder in Windows Explorer via the address bar and copy the "Mozilla" directory to a USB stick, for example. Under Linux Mint, for example, open the file manager by double-clicking on "Personal folder" (home directory) on the desktop. With the key combination Ctrl-H you make the hidden folders then visible. Their names begin with a dot. Rename – if already existing – the directory ".mozilla" in .mozilla.bak around. Copy the folder "Mozilla" from the USB stick to your personal folder and rename it to .mozilla order. Next, change the capitalization of the included folders to firefox and extensions. Start Firefox. The program checks if the add-ons are up to date and then opens.

Accordingly, it also works with Thunderbird. The profile directory can be found in "%appdata%/Thunderbird" under Windows. On a Linux system, copy the contents to ".thunderbird". You do not have to rename folders here.

You need more internet software? Under Linux Mint, go to "System Management>" in the menu Application Management" and click on "Internet". You will find other browsers such as Opera or Midori and also the open source offshoot of Google Chrome under the name Chromium Browser. Messenger like Skype or Pidgin can also be found here.

3. Word processing and spreadsheet under Linux

Libre Office is installed by default on almost all Linux distributions. So you can start right after installation with word processing, spreadsheets or presentations. Libre Office is sufficient for most private users. If you have used Word 2003 so far, you will quickly find your way around Writer, the word processor in Libre Office. Switchers from Word 2010 or 2013 probably have to get used to the menu operation again first.

Libre Office can open and save Word or Excel files as well as PowerPoint presentations. However, the import filters only take into account elements that Libre Office can display. In case of complex documents the formatting is usually not correct after the import, which can be changed manually. Share documents as DOC or XLS files with Windows users. If the documents do not need to be edited further, PDF files are recommended. The display looks the same under all operating systems.

Libre Office presentations ("Impress") can be saved in PowerPoint format, but usually only with a loss of functionality. To make your presentations look as designed, it is better to take a notebook with Libre Office to the lecture.

The spreadsheet Calc does not differ much from Excel at first sight, but it does not support all Excel functions. In particular, Calc does not take over the VBA (Visual Basic for Applications) macros often used in Excel any more than Libre Office Writer does. Although the programming language for both programs is "Basic", the access to internal functions is completely different in Calc. The necessary changes are therefore reserved for programmers who are well versed in both office packages.