Wiesmann is an automobile production company founded in 1988 in Dulmen in Westphalia, Germany. Under the leadership of brothers Friedhelm and Martin Wiesmann, the Wiesmann GmbH from 1988 hardtops for convertibles, from 1993 own roadster series models. After an insolvency in 2014, Wiesmann was taken over by British investors Roheen and Sahir Berry in 2016. CEO of the current Wiesmann Sports Cars GmbH is Roheen Berry.

The company was founded in 1988 by the brothers Friedhelm and Martin Wiesmann, whose parents owned a car dealership in Dulmen, Germany. The brothers pursued the idea of building a classic roadster with the image of German quality workmanship. After the initial production of hardtops, the first production model, the MF30 roadster, was manufactured in 1993 as an open two-seater with a folding roof and 231 hp engine output. The following MF3 had higher power values with the same chassis. After twelve years of building exclusively open-top cars, a closed model was presented for the first time at the IAA in 2003, the GT MF4 as a coupe with two seats. Further model variants followed in the years that followed. 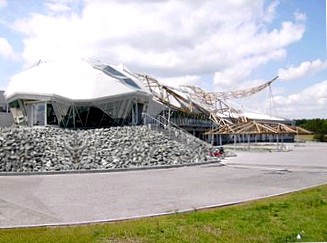 In October 2007, the company moved completely within Dulmen to its newly built location. The roof of the new glass company building was built in large parts from a striking wooden framework in the shape of an oversized gecko, whose tail protrudes above the roof. The gecko as the logo of the Wiesmann cars is meant to symbolize that the cars "stick to the road like geckos to the wall".

In spring 2012, Friedhelm Wiesmann withdrew from the operational business of the sports car manufacturer and became head of the Wiesmann Alps base in Munich. Martin Wiesmann ended his employment with the company in July 2012. Rolf Haferkamp became the new managing director. From 1988 to 2013, Wiesmann GmbH built around 1.600 sports cars produced. 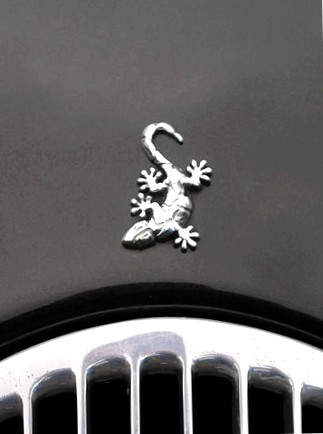 On 14. August 2013, the company’s management filed for insolvency proceedings with the Munster District Court. [1] On 28. November 2013, the management applied for the termination of the insolvency proceedings due to "cessation of the reason for insolvency". [2] Am 10. January 2014, creditors rejected the reorganization plan, which envisaged converting the company, which had previously been run as a limited liability company (GmbH), into a stock corporation (Aktiengesellschaft). [3] On Monday 20. January 2014, the Wiesmann creditors met once again to confer. After four hours of deliberation, they prompted the insolvency administrator to initiate the liquidation process. [4] On Monday, 5. May 2014, the auction was brought to a close, in which the objects of the insolvency estate had previously been auctioned off. [5] On the 2. In December 2015, the creditors’ meeting decided to give the go-ahead to the financial investors Roheen and Sahir Berry from London to take over the company for 5.7 million euros. Euro to be issued. These announced that they would continue to build sports cars at the Dulmen site and operate under the name of Wiesmann Automotive GmbH to be marketed internationally. A sum in the double-digit millions is to be invested in development and the production site. [6]

Since 2013, Martin Wiesmann and a team of former Wiesmann employees have been offering various repair and service work for Wiesmann vehicles as a Speed& Moments Sports Car GmbH in Munster to. [7]

In February 2016, the takeover was finally completed. [8] The investors acquired the characteristic company building in the shape of a gecko, the trademark rights and the production company. The new CEO Mario Spitzner was responsible for marketing and sales at the sports car manufacturer Mercedes-AMG from 1990 to 2014, and then as Chief Marketing Officer for the Italian sportswear company Dainese . [9] [10] Spitzner left the company at the beginning of 2018. [11]

Wiesmann models were named after the first names of the company founders with MF designated, the number behind it gives information about the body and engine variant.

The MF30 is the first series model produced by Wiesmann and is a classic roadster, i.e. an open two-seater with folding roof. The chassis consists of a hot-dip galvanized steel lattice tube frame planked with aluminum, while the body is made of a fiberglass-reinforced composite material. The engine is the in-line six-cylinder M54B30 from BMW with 2979 cm 3 and a rated power of 170 kW (231 hp). Top speed is 230 km/h, acceleration from 0 to 100 km/h is 5.9 s. The vehicle is 3.86 m long, 1.75 m wide and 1.16 m high and has an empty weight of 1080 kg. 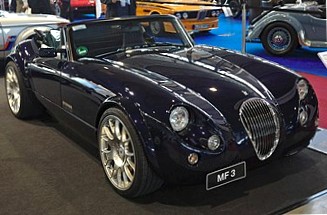 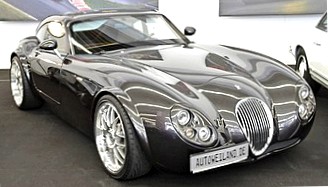 From 2010, the GT MF4-S was offered with a larger engine. This corresponds to the engine of the Roadster MF4-S, it has 420 hp and a displacement of 3999 cm 3 . For the acceleration from 0 to 100 km/h the car needs 4.4 seconds. It also differs in exterior design: the turn signals at the front are now integrated into the low beam, at the front it has a spoiler lip and at the rear the car now has a retractable wing. [12] In combination with the S-engine, there is a 7-speed dual-clutch transmission (DKG). The GT MF4-S weighs 1310 kg, making it 75 kg lighter than the GT MF4.

At the beginning of the production there was a "limited Edition, which was based on the legendary BMW 5 liter V10 engine (S85) from the M5 (E60) and M6 (E63), before it was replaced by the V8 twin-turbo engine (N63) after BMW ceased production. Originally 35 units of the V10 version were planned, but in the end only 33 of them were built.

At the 2012 Geneva Motor Show, Wiesmann showed the design study of the Wiesmann Spyder. The Wiesmann Spyder is powered by a 309 kW (420 hp) engine from the BMW M3. The vehicle accelerates to 100 km/h in less than four seconds and reaches a top speed of 290 km/h. [13]