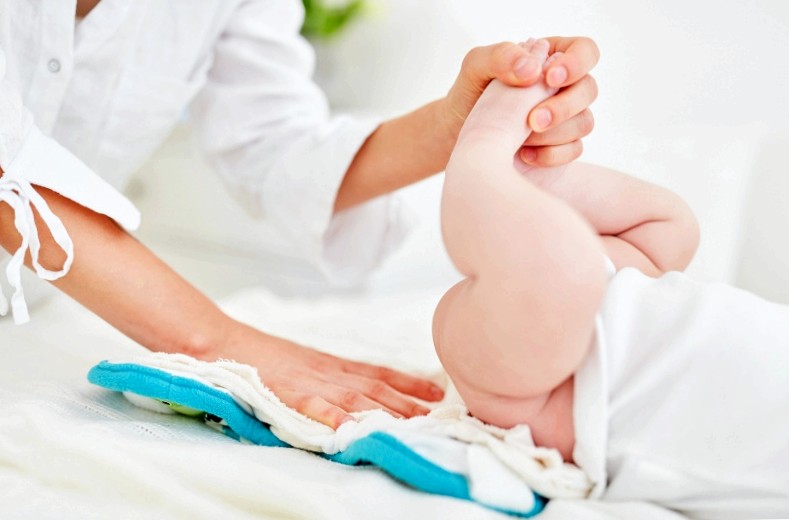 If your newborn has a slight Hip dysplasia, d.h. a slight misalignment of the hip joint, is suspected or already with a Hip screening was diagnosed, the doctors probably advised you to wrap wide. The good news: Wide diapering is totally uncomplicated and not really a lot of effort. What that means exactly and why it works so well as a form of therapy, I explain to you here.

Topics of the article

How to diaper wide?

Wide diapering means that there is a lot of fabric between your baby’s legs. You can do that with different methods achieve:

The easiest way to do this is modern cloth diaper systems, possibly also with extra insert. If you want something very simple, I recommend an all-in-one diaper. It works just like the disposable diaper, so it’s completely uncomplicated. It is washed as a whole, dried and reused.

If you want to have as little laundry as possible and a very fancy AIO diaper to boot, I’ve worked with the g-diaper diapers made good experiences. But I wrote more about this in my detailed test report with cloth diapers. Feel free to read. 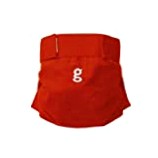 Of course, like my parents did 30 years ago, you can also swaddle wide with a muslin diaper triangle, muslin diaper rectangle and overpants. This was too much work for me. 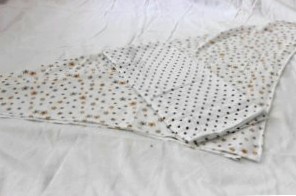 If you do not want to do without the comfort of disposable diapers, you simply put a towel or a Insert between bodysuit and diaper, before you button it at the bottom. For this purpose, a firm disposable absorbent pad, a molton or prefold pad or a folded towel is suitable.

Some parents want to have two disposable diapers wrap wide, one of them put on upside down. I would not recommend this. Because these diapers are so soft and stretchy, putting the second diaper on with the rear facing forward doesn’t help either. Of course it’s better than nothing, but there’s a different way to wrap the baby in a wide diaper.

What happens if I do not swaddle my baby wide?

When considering whether to wrap really wide, consider the following: If your baby has a slight hip deformity and you don’t want to use a wide wrap, or. that does not help Spreading pants or. a bandage. Much more uncomfortable than wide diapering for everyone involved.

Babies are born with a not yet fully developed hip joint. This means that the joint is still made of cartilage and not bone structures. Within the first 9 months of life, the joint gradually ossifies. During this time It is important that the femur with the condyle is at the correct angle to the hip with the socket. Otherwise, the hip joint may ossify incorrectly, leading to various movement and posture problems.

If the joint head in the hip joint does not lie correctly in the socket, this is called hip dysplasia. If the joint head is even turned out, one speaks of a hip luxation. Such deformities are detected by the doctor by means of a hip sonography during the U3 screening examination.

While a hip dislocation will definitely require medical treatment with a spreader, spreader plaster or in the worst case even surgery, a hip dysplasia can still be treated properly. However, it is absolutely necessary to support the hip joint to get into the right angle. The simplest form of support is the wide wrap.

Some doctors, midwives and nurses also generally recommend wide swaddling newborns. Because this supports the correct development of the hip. No harm can come from this according to my research. For example, at the hospital where I gave birth to our first child, we as first-time parents were generally shown how to swaddle with a Pelzy liner over the Pampers diaper.

Why is the hip joint so immature??

Now you may wonder why this is so for newborns. After all, from a biological point of view, it is total nonsense to virtually pre-program a hip deformity and thus a severe impairment of physical abilities. To understand why this is so, you should know two things:

#1 Man is a physiological premature birth.

Because in the course of evolution the brain and thus the head of babies became larger and larger, the time of delivery had to slip further and further forward. Because babies born later may not fit through the birth canal and were thus, before the days of modern medicine, "sorted out". Genetically, we humans are still very similar to our ancestors from many tens of thousands of years ago.
Biologists assume that human babies would have to remain in the womb for about 3 months longer in order to be fully mature. They have to make up this time outside the uterus, so to speak. Many organ functions – including the hip – do not fully mature until later in life.

#2 The human being is a sling.

Even though we don’t actively cling to our mother’s fur (anymore) like our closest relatives, the apes, there is plenty of evidence that humans are "passive carriers". In other words, the natural position that a baby had 10 years ago was on its mother’s or another caregiver’s hip.The position that a baby occupied for most of the day in the last 10,000 years was on the hip of its mother or another caregiver.

At this angle, the hips of babies with immature hip joints can develop ideally. A similar sitting angle is also adopted in the sling. One speaks of the Crouch-splay posture. This has therefore counteracted the deficit of the immature hip for many millennia. Only in times when we put our babies safely in their cribs in the nursery and carry them around very little has this become a medical problem.

By the way, the International Hip Displasia Institute does not mention broad wrapping as a prophylaxis against hip deformity. Instead, reference is made to good baby carriers and incorrect swaddling is expressly discouraged.

This is because pucking may prevent a baby from assuming the correct squat-spread posture when lying down.