At the trial for the burglary of the Green Vault on 25. November 2019, which began last Friday at the Dresden Regional Court, is also about several incidents in Pieschen. The accused are three brothers and their cousins, who are now between 22 and 28 years old. They belong to the Remmo clan of Arab origin, which has its home in Berlin.

Since the district court does not have the necessary rooms, the trial takes place in a specially secured room of the Higher Regional Court in Hammerweg. The indictment read out at the beginning calls the crime "meticulously prepared". It describes the results of the extensive investigation into the preparation and execution of the burglary. Again and again, locations in Pieschen play a role: Kotzschenbroder Strabe, Leipziger Strabe and Konkordienstrabe.

A Mercedes and an Audi in Pieschen

The burglars used two vehicles for their crime – a Mercedes E500 and an Audi S6 Avant. Both vehicles, according to the indictment, were not registered. Instead, duplicates of different license plates were attached to the vehicles. Thus a license plate could be assigned to a Dresden cab company.

The Audi was used in the preparation of the crime. For example in the night on 20. November. Among other things, a fire extinguisher was stolen from the water level house at Augustusbrucke and thrown into the Elbe to prevent later attempts to extinguish the fire. On Konneritzstrabe, the Audi was observed by a civilian police patrol during an unauthorized turning maneuver that night. When the officers tried to control the vehicle, the occupants managed to flee by car – on a rain-soaked road at a speed of more than 120 kilometers per hour. This, according to the prosecution, was the reason for respraying or refoiling the originally blue vehicle – to light gray or silver with a dark roof. 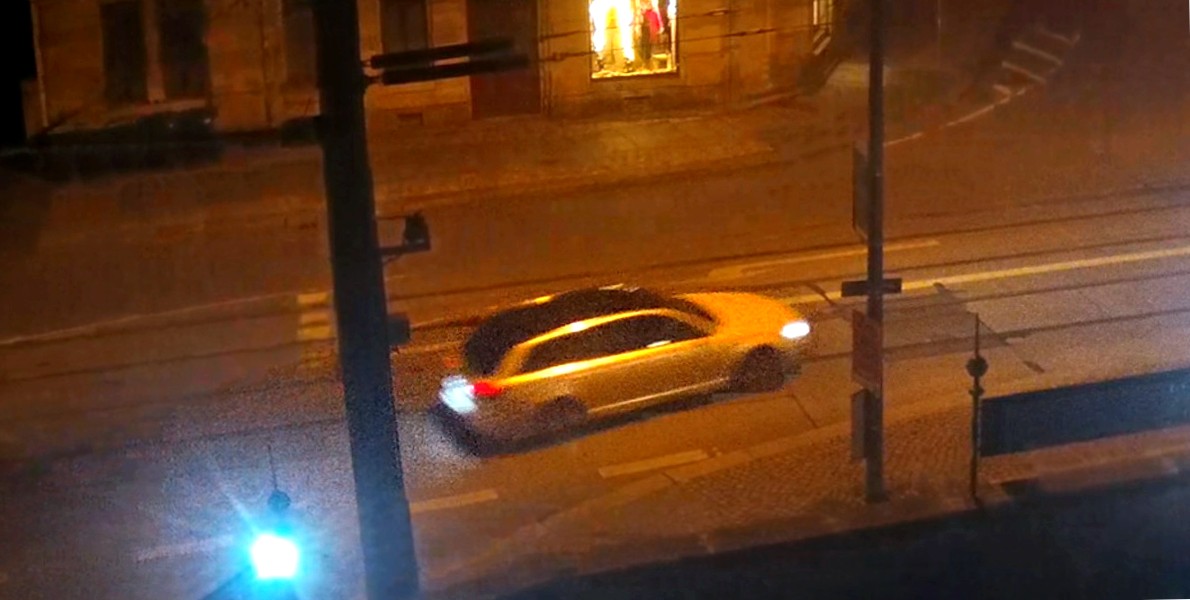 On the night of the crime, a surveillance camera captured the vehicle in the new colors around 3.43 o’clock in the Leipziger Strabe on. There were the perpetrators on the way to the city and had previously parked the Mercedes in the vicinity of Kotzschenbroder Street for the later escape.

The following facts have hardly been mentioned so far. On their way into town, the perpetrators allegedly stole the license plates from a VW Golf parked in the area of the playground in Konkordienstrasse and attached them to the Audi. The previously used license plates had possibly been recognized by the civil patrol. In addition, according to the indictment, the perpetrators did not want to attract attention with out-of-town license plates.

At 5.04 o’clock, 21 minutes after their departure to the city, the burglars were already back in Pieschen in the Kotzschenbroder Strabe with their loot. There they are said to have loaded the stolen jewelry and some of the burglary tools into the Mercedes. They parked the Audi in the underground car park of the residential complex at Kotzschenbroder Strasse 8. Up to five liters of gasoline – so the result of the investigations – were distributed in the vehicle interior and set on fire. Three other vehicles had also caught fire. A total of 61 vehicles were damaged here. Immediately after setting the fire, the perpetrators had fled in the Mercedes from Pieschen to Berlin.

While the Audi was burning, a revolver left there and loaded ignited due to the heat. A shot went off. Two more cartridges would have ignited in the drum and left the revolver to the right and left of the barrel, according to investigative findings. Possibly these were the sounds heard by a witness. She wanted against 5.05 o’clock to her car parked in the underground garage, when she perceived pungent smell of burning rubber. In addition, the alarm system of a vehicle and the fire alarm of the underground car park had been triggered. After an explosion-like noise, the witness panicked and left the underground car park, hearing four further explosions.

The public prosecutor’s office estimates the damage caused in the underground garage at around 421,000 euros.000 euros. In some places, the concrete on the ceiling had broken down to the reinforcement due to the heat. In addition, there would be lost rental income for the parking spaces in the amount of about 45.600 euros. The damage to the vehicles damaged by the fire amounted to approximately 171.000 euros. The underground car park could not have been used for more than a year because of the repair work.

After the opening day, another 49 dates have already been set for the trial. The next hearing day is supposed to be the 11. February. The indictment names the full extent of the crime. 21 pieces of jewelry, with over 4.300 diamonds and diamonds studded, were stolen. They were sewn onto insert plates in the exhibition showcases. As seen on the surveillance video released after the burglary, the display cases were destroyed with brutal axe blows – 56 blows are named in the indictment. The public prosecutor’s office puts the total value of the stolen valuables at 113.8 million euros. In addition to the property damage caused in Kotzschenbroder Street, there are also those in the gauge house with about 127.000 euros and the one in the Residenzschloss with around 295.000 euros, bringing the total to around 1.1 million euros. The perpetrators would have "consciously and approvingly accepted" the danger to life and property of the residents of Kotzschenbroder Strabe 8 caused by the release of the live firearm and the fire, according to the indictment.