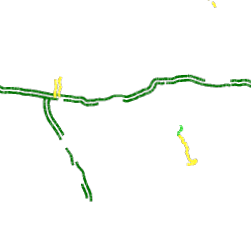 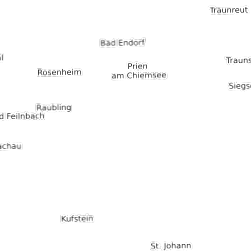 Computer games – a billion dollar business! There are around 34 million gamers in Germany alone. They are being wooed by providers with innovative, sometimes spectacular technology and increasingly sophisticated strategies. But experts sound the alarm: especially many young gamers are at risk of addiction. Gaming disorder or computer game addiction has only recently been recognized as a disease.

Diving into other worlds, having a mission, being a hero, trying things out. A tempting opportunity, especially for young people and adolescents, including 17-year-old Jennifer in the feature film "Play. The BR production runs on 11. September at 20.3 p.m. on "Ersten" and draws attention to an urgent taboo subject. Because in addition to virtual dangers, there are also very real dangers lurking in online gaming, especially for young gamers: gaming can be addictive. Young Jennifer in the feature film "Play" also becomes addicted to computer games.

"We want to spark a debate with this film. The film cannot possibly answer all the questions, it can only highlight them. It is important that the topic is classified and processed. It is part of our lives and will continue to be an important issue in society in the future."

The industry is booming. The rapidly changing opportunities and interest in gaming are impressively demonstrated by the new visitor records set each year at computer games trade shows such as "Gamescom" in Cologne. At 4.4 billion euros per year, the industry’s turnover is now significantly higher than the cinema market.

Growth rates are recorded mainly among older players over 50 years of age. The number of young gamers has remained more or less constant in recent years. But: On average, young people gamble more than three days a week; gaming has long been part of everyday life. And all too well, young people often also know how to cleverly circumvent age ratings and blocking notices. Child and adolescent psychiatrist like Prof. Franz Joseph Freisleder, medical director of the kbo Heckscher Children’s Hospital in Munich, are particularly concerned about the group of teenagers.

"I would say that the age range of 14 to 16 years old is particularly affected. Here we have to assume about four percent of gaming addicts, or at least considerably risky gaming behavior."

The percentage is thus two to three times as high as for gambling addicts. In addition, there is a large gray area of probably more than ten percent, experts estimate.

Where is the boundary between an intensive gaming phase, which many young people go through, and a genuine computer game addiction?? For about a year now, computer game addiction has also been officially recognized as a disease by the WHO. But the new international register of diseases will not be mandatory until 2022.

Computer game addicts, mostly young adults, are treated at the Psychosomatic Clinic in the Dieben Monastery. Chief physician Dr. Bert te Wildt has done research on computer game addiction. Studies have shown that similar physiological reward processes occur in the brain of computer game addicts as in substance addicts who are dependent on alcohol or other drugs, for example. The criteria for addiction are also similar.

"On the one hand, computer game addiction is about addictive behavior, playing more and more, increasing the dose, withdrawal symptoms when you can’t play, loss of control, lying and deceiving others. So all the addictive behaviors and addictive feelings play a role. And then at least one area of life, but usually several, must be negatively affected. Often it is the areas of training, school, work and study, social relationships, constant quarrels with parents, no more friends, no partnership. In addition, there is also the treatment of one’s own body, the neglect of very basic physical dimensions, which can go as far as neglect."

For many patients, including those at the clinic in Dieben, the addiction began in their teens.

"I always just about managed to get through school, but I was never particularly good. I didn’t do any homework at home and I didn’t study, I just played. And really dealing with the fact that I’m addicted and can’t do without, I haven’t. I have more or less suppressed it. I was also quite lonely at that time. And this hobby, which has become an addiction, I have then used as a way out. Of course, my parents didn’t find that funny. They have tried to prevent it in some way. Then I often lied to them and deceived them."

Online games in particular carry the risk of addiction. You can play it with others, at any time of the day or night, and for many thousands of hours without coming to an end or reaching a goal. Many addicts feel extremely good about it for a long time. Motivation and confirmation are skillful strategies of the providers – like rewards, chances for advancement, offers of new equipment and moments of happiness.

In the course of their illness, however, many patients increasingly lose control over their lives. They get into a self-reinforcing vicious circle of gaming, frustration about experiencing their real environment and depression.

Parents often don’t realize for a long time that their child actually has a serious disorder. Dr. te Wildt advises concerned parents and relatives to definitely address the problems and not to put them off. The diagnosis of an online gambling addiction takes place over twelve months, another reason not to wait too long before seeking professional help.

"The moment someone notices that someone might have an addiction, it makes sense to exchange information. First of all with each other within the family, with friends, with a family doctor or the pediatrician. And addiction counseling centers for children, adolescents and adults are now usually also specialized in the topic of Internet and computer game addiction. They also offer consultation hours for relatives."

Ways out of addiction

The sooner an addiction is detected, the better the chances of curing it. Current studies show that therapies can actually help effectively. How sustainable the successes are, however, there are hardly any reliable figures yet.

If outpatient counseling and treatment, which are paid for by the health insurance companies, don’t help, inpatient treatment can take place. However, there is still no possibility to receive therapy for the diagnosis of video or online gaming addiction as a SHI benefit. Until the new ICD11 disease catalog comes into effect on 1. January 2022, public health insurers will be able to cover the cost of psychotherapy if there are other diagnoses in addition to computer game addiction, such as depression or anxiety disorder.

Inpatient therapy usually lasts six to ten weeks for adults. In addition to withdrawal, which is often extremely stressful for those affected psychologically and emotionally, therapy focuses on the causes and factors that led to the addiction. Certain personality traits increase risk of addiction.

"There are good studies that show that certain personality traits are risk factors for becoming addicted to computer games: For example, people who are anxious and shy are particularly at risk. People who have self-esteem issues, so they feel like out there I’m actually not accepted for who I am. People who are particularly impulsive, whose need is to get a reward very quickly or to satisfy their passions."

In most cases, other illnesses develop in the course of addiction, such as depression, and very rarely also psychoses. Addiction always requires professional support and treatment. However, the following applies to therapy: patients must agree and participate, only then can therapy be successful.

"We have all the usual terminals available here. However, patients only come to this room once: they should delete their accounts as part of the treatment if possible. And this is something that must be very well prepared emotionally. Gamblers often have 20 to 30.000 hours invested in a game and often thousands of euros as well. And then extinguishing that can lead to violent emotional reactions, from outbursts of rage to suicidal tendencies. That’s why it should definitely be done in an inpatient setting, that’s not to be underestimated. But once a player has made the decision, this is one of the most important steps in treatment."

Providers often ask for weeks after the deletion of the account by the player again and again via email or SMS, whether the gamer would not like to continue to use his account or hero.

Politicians have now also recognized how great the risks are for at-risk young people. The current laws are not enough, says the Federal Ministry for Family Affairs, and it is planning reforms.

"We have a law for the protection of minors that is still a bit stuck in the age of CD-ROMs and video cassettes. There is an urgent need to renew. We’re working on that at the moment, and we’re also planning to make a first markup by the end of the year. protection of minors takes precedence over profiteering, a limit must be set here. This means that wherever gambling is involved, wherever there is a risk of addiction, we have to take a close look and regulate it legally."

In the film "Play," Jennifer’s situation becomes more and more acute. Despite dramaturgical exaggeration, experts like Prof. Franz Josef Freisleder and PD Dr. Bert te Wildt, the filmmakers, to portray Jennifer’s path to addiction in a realistic and gripping way.

"It is a very unusual mixture. The film plays of course with fantastic elements, like those of the fantasy film and the horror film, which are of course not realistic. But the way the clinical picture of a computer game addiction is presented is really very impressive and very close to reality. And it touched me deeply – as someone who has been dealing with patients addicted to computer games for seventeen years."

Screenwriter and producer Hamid Baroua is pleased with this feedback and hopes that more attention and the recognition of addiction as an official disease will finally improve the legal and social situation of those affected. After therapy, patients often face the real challenge in everyday life: they have to resist the many opportunities to get back into gaming.

"I will take down my PC at home and not set it up again, which I had bought especially for gaming. Playing online games at home alone in my room is simply no longer possible."

Help for those affected

The German Center for Addiction Issues in Childhood and Adolescence (DZSKJ) "Computer Addiction Help" is funded by the Federal Ministry of Health and the DAK. Those affected can turn to the DZSKJ for professional support.