In condensing technology, almost 100 percent of the energy of the fuel (oil, gas or wood) is recycled by making the waste heat usable.

In principle, the condensing boiler "recycles" the exhaust gases that would be drawn into the chimney. This results in more heating energy, so that in the end you have to heat less. Here we show you whether and why it is worth switching to a condensing boiler and what else you need to consider in addition to costs.

Introduction to the condensing boiler

The condensing boiler is probably the last evolutionary step in conventional gas and oil heating systems, as well as in wood heating systems, because the optimum utilization of the fuels already permits utilization rates of over 100 percent. This works by harnessing the exhaust gases, unlike a low-temperature or standard boiler, so that the heat generated can be used for heating.In addition, it scores well in terms of acquisition costs (gas condensing boilers from 6.000 euros, oil condensing boiler from 3.000 euros) is comparatively inexpensive.

In addition, the annual operating costs of a condensing boiler are significantly lower than those of a calorific value (low-temperature) boiler. This means that in many cases the costs for the changeover are already amortized within the first five to ten years. And this despite the fact that, since 2020, state subsidies for condensing boilers in new buildings have only been available for biomass heating systems. In old buildings, at least hybrid heating systems with gas condensing boilers are still financially subsidized.

What makes the condensing boiler so special? Condensing technology uses the condensation heat of the flue gases produced in the boiler and therefore achieves an efficiency of over 100 percent. With conventional boilers, a large percentage of the heat energy is lost unused via the chimney. So by harnessing this waste heat, you not only save on heating costs, but also do something good for the environment. 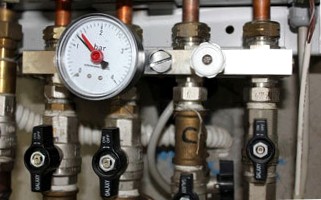 How exactly does a calorific value of over 100 percent explain itself?? It’s quite simple: the energy contained in a fuel is supplied to the heating system in the form of thermal energy with virtually no losses. In addition, energy is released not only during combustion, but also during condensation of the water in the exhaust gases. In calorific value devices, this energy is lost unused, while it can be utilized by modern condensing boilers.

Here is a small example: with natural gas, a maximum of 11 percent of the energy is lost if the energy in the steam is not used. Thus, a maximum of an additional 11 percent of energy can be recovered if the heat bound in the water vapor is included. This means that in addition to the 100 percent of maximum energy that can be converted, the heat energy from the steam is also utilized. This is how this impressive utilization rate of over 100 percent is achieved:

By the way, the same principle applies to oil and wood: there, too, there are utilization rates above the 100 percent mark!

In principle, the cost of purchase depends on the specific installation situation in each case. Therefore, the economic efficiency of the condensing boiler for one- and two-family houses must be examined on a case-by-case basis. When installing a condensing boiler, chimney renovation is almost always required.

The background here is the significantly lower temperature of the flue gases from condensing boilers. Due to the lack of thermal buoyancy, they cannot escape through a conventional chimney, or can only do so with great difficulty. In addition, the exhaust gases cool down further on their way through the chimney, causing some of them to condense. As the acidic condensate could damage a conventional chimney, a stainless steel pipe has to be installed.

In addition, a water drain is needed. Condensing boilers use the condensation heat from the flue gases, whereby the flue gas temperatures are so low that a lot of condensation water is formed. The total costs including installation are as follows: 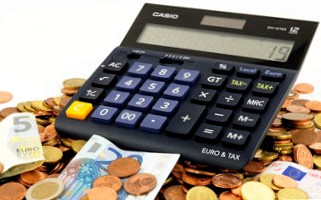 Whether an investment in a new boiler is worthwhile is ultimately decided by the costs and the economic efficiency. It is also important whether only a replacement with the same energy source is carried out or a completely new energy source with a renewable share is changed over.

The changeover is often worthwhile if the old heating system is more than 15 years old. A report by the German Renewable Energy Federation (BEE) estimates that around 80 percent of gas and oil boilers are low-temperature boilers. The realistically expected reduction in costs when replacing these heating systems with new condensing boilers is around 10 percent.

Optimizing the heating system in particular (hydraulic balancing, efficient pumps and control technology) reduces the costs of energy consumption: According to the BEE report, around 50 percent of the energy savings can thus be achieved even with a small investment! Overall, the switch to renewable energy is of course more worthwhile. Here, despite the higher acquisition costs, far more heating costs can be saved in the long term.

To prevent the moisture from damaging the chimney, a special plastic or stainless steel pipe must be fixed to the wall of the house. On the other hand, the boiler must be provided with a water drainage system. In the following table, we have provided a compact summary of the instructions you must follow during installation:

Looking for a new heating system? 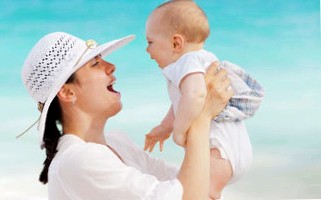 To really reduce costs, the system should be optimally adjusted. This means that it must be investigated when heat is needed during the day and during which periods less heating should be used. Normally, boilers are set to factory settings and tend to consume more than necessary. If the system is optimized for the particular house, up to 15 percent of the energy costs can be saved in this way.

The consumer advice centers have 1.000 condensing boiler systems examined. The result: only one third of the condensing boilers ran satisfactorily. Two-thirds had either minor defects, such as incorrect settings or inadequate thermal insulation, or even serious defects, so that the system had to be completely overhauled. The problem is that some systems are too large for the demand or the boilers are not sufficiently matched to the heating system.

Correct adjustment costs, depending on the heater, between 600 and 1.200 euros, but these costs are subsidized by BAFA. Those who already own a condensing boiler should definitely consider making this investment to save on energy costs in the years to come. Anyone planning to install a condensing boiler system should give the tradesman very clear instructions as to which periods will be heated more and which less, so that he can adjust the system to suit consumption.