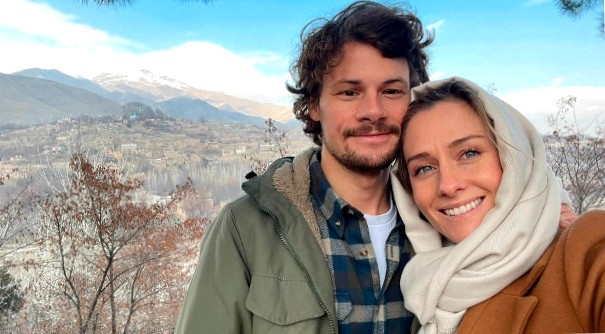 A New Zealand journalist gets pregnant in Afghanistan and wants to return to her home country. Now she is fighting to gain entry, which she is denied because of strict Corona policy.

It was Charlotte Bellis who dared to ask the Taliban this question at her first official press conference: "What assurances can they give women and girls that their rights will be protected??"

Bellis reported from Kabul for the Qatar-based news channel Al Jazeera. In August 2021, shortly after the takeover, she told the radio station RNZ: "I will stay in Afghanistan as long as I can." But then she got pregnant.

"Get married or leave the country"

In the New Zealand Herald the journalist describes in a guest post what she went through after learning of her pregnancy during a visit to Qatar in September 2021. Bellis calls her conception a "miracle" – for years doctors told her she could not have children.

But as an unmarried woman, her pregnancy is illegal in Qatar. She reports on a visit to a gynecologist in Doha. who told her: "Get married or leave the country as soon as possible."

What follows can only be described as an emotional roller coaster: Bellis searches for a future with her partner Jim Huylebroek, a freelance photographer. They would have decided to give birth to the child in New Zealand. But spots in the immigration program are scarce.

New Zealand takes tough no-covid approach-Strategy. Even nationals must get a room at a government quarantine center, called MIQ. Thousands take part in the allocation process every day, Bellis is having no luck.

Relief comes in November, with New Zealand announcing it will relax entry rules for nationals in February 2022 – a return seems close at hand. However, as the omicron wave spreads, those plans are soon withdrawn and postponed to an uncertain date.

Bellis has retreated to Belgium, her partner’s home country, for the duration. The only way out seems to her to be the MIQ’s emergency program. This holds back a limited capacity of places for hardship cases.

Taliban: "You can come and you will have no problems"

According to her, the application she submitted to MIQ contains 59 documents. They provided evidence of her pregnancy, her Corona vaccinations and detailed reasons for the urgency of the situation. Just weeks ago, she had reported for Al Jazeera itself on the precarious situation in Afghan hospitals, which are running out of medicine. A Caesarean section could no longer be performed there at all.

The clock keeps ticking: her visa to Belgium is limited to three months. In January, she therefore decides to take a surprising step. She had contacted a senior Taliban official and asked if she and her partner would be in danger if they returned to Kabul.

"You can come and you will have no problems. Just tell people you’re married and if it escalates, call us", Bellis gives the all the more surprising answer of the Taliban. So they travel back to Afghanistan – the only country where they say they have a permanent visa. Bellis calls it "brutally ironic" that she turned to the Taliban in her time of need of destiny.

Back in Kabul, the New Zealander receives the depressing news in late January. Her application for a place in the hardship program was rejected. She had not been able to prove that a medical procedure with time urgency was scheduled in New Zealand. The sticking point: for hardship to apply, the appointment must be within a 14-day period. But the flight she had booked to return home was not due to leave until the end of February.

At this point, Bellis decides to make her case by any means available: she contacts a lawyer again and hires a friend who is an expert in PR. And finally she goes public.

A lot has happened since then: The status in the application portal jumped from "deactivated" back to "in process" and MIQ head Chris Bunny published in the NZ Herald a response to her accusations. New Zealand is facing a large number of applications in the midst of the omicron wave, these will be dealt with in a "fair and uniform procedure" edited, it says.

Is Bellis making common cause with the Taliban?

On social media, she received a lot of encouragement for her guest post. Commentators from around the world expressed sympathy for the pregnant woman. People from New Zealand thanked her: she was drawing attention to the fate of many compatriots who, like Bellis, were denied entry.

But critical voices also came from the Afghan community. The Taliban leadership treats foreigners well and tries to create a positive, cosmopolitan image for itself. Bellis contributes to the success of this tactic through her narrative.

Where will her daughter be born?

However, she still has not been granted entry to New Zealand. She is very disappointed in her home country, the journalist told the radio station RNZ over the weekend: "It feels like a breach of trust. I am one of you and I need help."

In the latest chapter of her story, Bellis released a letter she received from MIQ on Monday night. In it, she is required to submit a new application – in a new category that does not refer to the medical emergency, but to the general threat situation in Afghanistan.

Bellis rejected the request. She insists that her pregnancy is a medical condition. For the time being, she will stick to her first application, she said in the response posted on Twitter.

On Sunday, her public relations agent Gemma Ross announced to RNZ that another state has now offered asylum to Charlotte Bellis. Her daughter is due to be born in May – it remains unclear in which country that will happen.