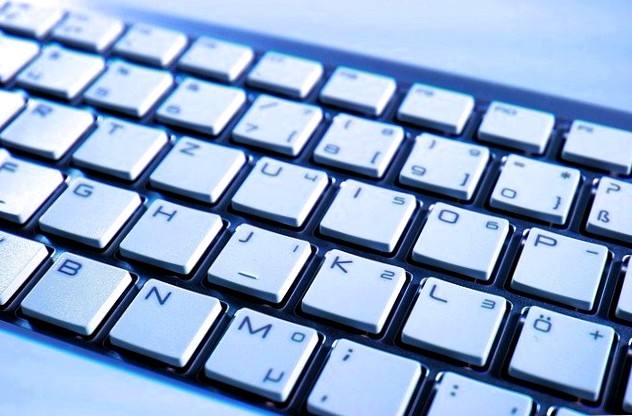 On computer keyboards you can find letters, numbers and special characters.
There are also function keys, but they are not for typing, but for certain services such as the help function or the page refresh.They are not important for writing texts.

The keyboard is set up as follows:
In the first row at the top are the function keys. Below is the row of numbers, followed by three rows of letters. On the right and left are command keys and shift keys.It does not matter here whether it is a German keyboard or American keyboard.
In the mainly German-speaking countries such as Germany, Austria and partly Switzerland, but also in Eastern Europe, PCs or. notebooks use the so-called QWERTY keyboard.
The keyboards in English-speaking countries are called QWERTY.
What is the difference between the two??
The abbreviations QWERTZ and QWERTY stand for the first six keys of the uppermost letter row.

The dollar sign on German keyboard QWERTZ or on American keyboard QWERTY you get quite simply. By pressing the shift key ( hold it down ) and tapping on the digit 4.
Now the dollar sign appears on the screen.
Generally, special characters are located on the number keys, directly above the individual digits. Above the number 4 (clearly visible in the key itself) is the dollar sign.
The Shift key is located at the left edge of the keyboard. You can recognize them by the big arrow pointing upwards. By the way, it is one of the shift keys, which is mainly used to change upper and lower case letters, but also to insert special characters like the dollar.
By the way, this applies to all Windows PCs and notebooks.
But where do I find the dollar sign on the Apple devices?

On the iPad, of course, the whole thing looks a bit different. Because the iPad has no physical keyboard but only a virtual one. So there are no real keys here because we have a touchscreen here. Only if required, a display keyboard appears here. It only comes out when you need it. For example, if one wants to write an e-mail and clicks in the address bar, it opens. If one wants to use the calculator, it appears.

However, at first glance there is no dollar sign to be seen.
Here you then select the numeric keypad.This is done by tapping the 123 key. There you will find the Euro sign €, by holding it longer you get several options to choose from. In this case several currency symbols. Logically, the dollar sign can also be found underneath it.