More than 17.400 people were injured in so-called alcohol accidents in Germany in 2019. 228 people died. That is 7.5 percent of all fatally injured road users.

Even small amounts of alcohol have a fatal effect on the ability to drive. Therefore, a simple rule applies when you are driving a car, riding a motorcycle, an e-scooter or a bicycle: No alcohol in road traffic!

While you may feel you are still fit to drive after a glass of wine or two bottles of beer, this impression is deceptive. Because alcohol acts like a narcotic in the body. And the more alcohol you consume, the more noticeable the consequences:

By the way, 0.3 per mille is reached quickly:

Using our per mille calculator, you can find out more precisely how much alcohol you have in your blood after consuming alcoholic beverages and how different per mille levels affect the body. 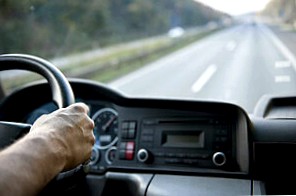 The combination of alcohol and active participation in road traffic can be punishable by law from as low as 0.3 per mille. In some cases, even under 0.3 per mille, the driver is partially to blame. Namely, when someone causes an accident and has demonstrably drunk alcohol beforehand. In addition, there are further per mille limits that are punished with fines, entries in the central traffic register in Flensburg, driving license revocation or even imprisonment. Repeat offenders are generally punished more severely.

Since 2007, the zero alcohol limit has been in effect for novice drivers in the two-year probationary period and for people up to 21 years of age. Drinking and driving is therefore taboo for this group of people by law. The legislator introduced this rule because young people are comparatively often involved in traffic accidents under the influence of alcohol. If the police detect an alcohol level of up to 0.5 per mille during a breathalyzer check, this is considered a misdemeanor with:

If you show additional signs of unsafe driving or have an accident, you will face much higher penalties.

From 0.3 per mille, which can already be reached by drinking one beer (0.33 l), it is assumed that you are "relatively unfit to drive". If you show no signs of unsafe driving, this is not a criminal offense.

If you drive in a conspicuous manner, such as serpentines, or if you cause an accident, you can expect to be convicted of reckless driving:

If the police catch you driving with a blood alcohol concentration of 0.5 per mille or more, this is considered an administrative offense and is punished to varying degrees:

If an accident occurs, you will face more far-reaching consequences such as license revocation and imprisonment. The risk of causing an accident is about twice as high as when sober.

From 1.1 per mille the so-called "absolute driving incapacity" is reached. The probability of causing an accident is ten times higher than under sober conditions. In any case, there will be a criminal prosecution, even if there is no driving error or accident.

From 1.6 per mille, a medical-psychological examination (MPU) takes place in addition to the sanctions mentioned under "1.1 per mille limit", as chronic alcohol abuse is very likely to be present. 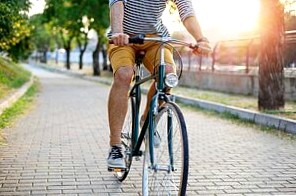 No drinking and driving – everyone knows that. That’s why many people use the good old bike to go to the pub, beer garden or garden party. You think that you can now drink alcohol unhindered? A fallacy.

On the bike (as well as on the e-scooter) the same blood alcohol limits apply as in the car. According to the Criminal Code, anyone who is "unable to drive a vehicle safely in traffic as a result of drinking alcoholic beverages or other intoxicating substances is punished". A bicycle is also a vehicle. So if you endanger traffic or cause an accident as a cyclist under the influence of alcohol, you are just as liable to prosecution as if you were driving a car.