What is going on with the FUT Heroes? A new SBC is currently active in Ultimate Team: FUT Hero player selection.

If you complete them, you get the choice of 3 hero cards, one of which you can grab for your team. For this you have to trade the following sets of cards:

According to the current state of the market, the solution of SBCs is estimated at about 80.000 coins valued – at least if you have to buy all players new for it. In connection with the possibility to choose, the risk is already lower than with the FUT-Hero-Upgrade from November.

If you can solve parts of the SBC with already existing player fodder, the price will be a little bit depressed. However, you can’t trade these players for other SBCs then again – you should keep that in mind.

But is the SBC worth 80.000 coins at all? Going by the current Hero prizes, there are really only 4 cards you should hope for at the SBC.

Which FUT Heroes are the main prize?

This is what you should pay attention to: Even if you get 3 choices in the player selection: it is quite unlikely to draw one of the top four cards. The risk of getting one of the weaker hero cards is high.

In addition: The FUT Hero from the SBC is definitely not exchangeable – so you can’t get any coins with him. Therefore, the card should strengthen your team as much as possible. And real "firecrackers" there are actually only 4 left: 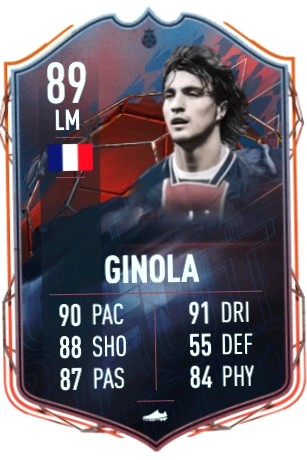 David Ginola is the absolute jackpot if you draw him. The Frenchman is still worth over a million coins and just has really strong values. 5 stars on skills and on the weak foot make Ginola extremely variable, plus strong stats on pace, shooting, passing and dribbling. It also provides links to the Ligue 1, which is strong this year. 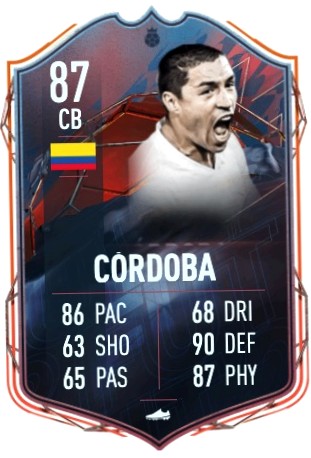 As it stands, Cordoba is about 420.worth 000 coins and can convince as a very strong central defender. He also has great speed, plus very strong stats in defense and physicality. Only his height is sometimes his undoing in headers. Still: He is a great card that brings good links to Serie A.

Like Ginola, Abedi Pele is on the road in Ligue 1, where he can impress with strong offensive stats and the 4/4 star combination. He is on the transfer market currently about 350.worth 000 coins.

The card actually has everything you need for a strong playmaker. Only in the physique it hacks a little, defending you need with Abedi Pele also not. 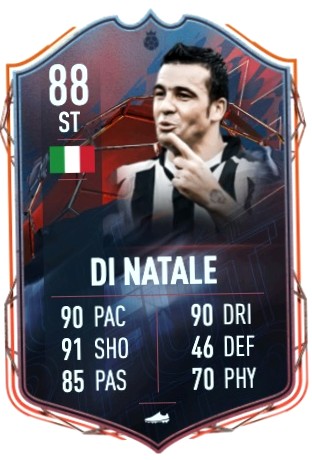 The price of the Italian attacker has also dropped considerably in the meantime, but it is still at approx. 300.000 coins on the transfer market. He excels in graduation and brings a high attack rate with him.

He is also in the Serie A and can build links to Italian players.

What about the rest of the FUT Heroes?

Many of the FUT Heroes have dropped in price over the last weeks and months and are now available for much less than 80.get 000 coins.

They have now simply been overtaken by other specialty cards in terms of usefulness.

If you still want to have a certain card, you should rather buy it directly on the transfer market. This card is then also still exchangeable, if you want to get rid of it again.

An exception is Robbie Keane. The attacker currently costs about 70.000 coins on the transfer market and is thus just below the SBC value. If you factor in the reward packs and any SBC players you may already have, he roughly lives up to the value of the stake – but then he’s still untradeable. But Keane can at least convince with good offensive values.

After that we have Joe Cole, another player for 35.000 coins plus Morientes and Kohler for 35 each.000 coins. All other heroes are below the 30.000, partly significantly.

All in all: If you want to try your luck and you have a few players who could go to the SBC anyway, you can take the risk and hope for one of the top cards. However, you can also be unlucky and pull one of the many weaker options.

In addition to the heroes, the icons in FIFA 22 are there to bring legendary players of the past back on the pitch. But even the icons have a value problem in FIFA 22.