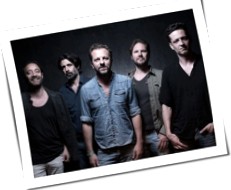 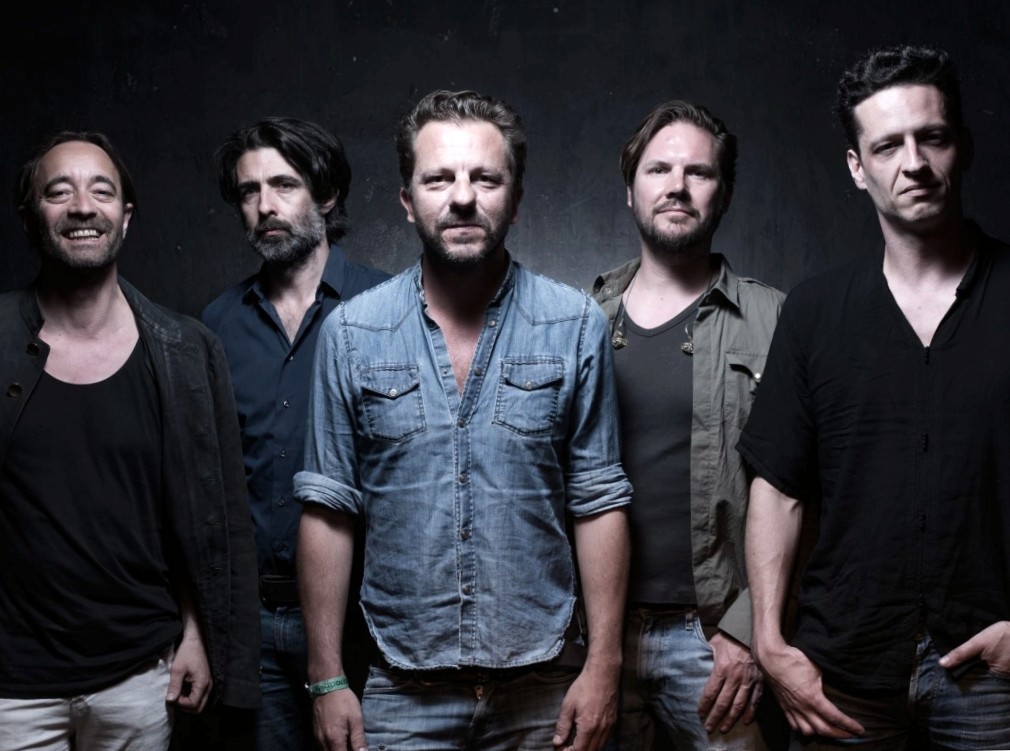 dEUS (dt. "God") play in the Kulturkirche in Cologne-Nippes. Fit the? Venue and band probably go together in terms of content even apart from this idiomatic correspondence? No. Piety and belief in the afterlife have never been an issue for the barman clique. The church occupies the band leader, however, in the run-up to the performance yet . While some band members are still hacking away on their laptops in the foyer, Tom Barman rushes into the tour bus, stressed out talking into his cell phone: phone interviews between the prayer bench and the sleeping booth. A little later the head of the Belgians joins me. The conference room of the church have converted dEUS to the locker room. Towels, drinks and more laptops are scattered in a friendly chaos. In the face of the sacral Drumherum a nice change to bibles and Co.

The 36-year-old seems experienced and prepared to answer all questions. Nevertheless, his nervousness regarding the location shines through: He’s not happy with the church’s reverberant sound quality. "I never deal with this crafting, digital stuff. But the sound check didn’t go so well", he has a bad feeling. Who booked dEUS for the Kulturkirche, he does not know.

The singer and guitarist scratches his head: "We were told the Editors sounded good here . " A classic performance venue like the E-Werk in Cologne would surely be preferable at this moment. With questioning eyes he asks me if I can give him some sound impressions of past gigs here on location. Those who attended Interpol at the time can guess how hard I must be trying to come up with a nice answer.

The two singles "Slow and "The Architect" leave an unusual metaphysical aftertaste. Lines like "The reverb of time is our vantage point" personal references clearly move into the background. "Nick Cave explained in an interview not too long ago that writing about himself gets boring at some point. After that I also felt a desire to try something different." It was great fun to write said pieces. "They are more observational than autobiographical. At some point you think to yourself, ‘Who really cares if I write about myself?’ In the end, an abstraction is only healthy for one’s own ego."

The move away from the personal moment towards perspective experiments as a trend in Antwerp. The fan of The Knife and the Gutter Twins goes into detail. The anthemic "Slow is about "dividing the moment into a million pieces to get the maximum slow motion". Even if such linguistic and perceptual experimental arrangements are more present than ever this year, pragmatic factors also shape the creative process.

"One writes songs with the ulterior motive of how they will sound on stage later on. How much fun can I have with them live? That’s why we like to try out. We resort to technical tricks for acoustic effects, linking personal narrative levels with mystical elements. even after years you discover interesting details in the songs. " These variables served dEUS over the years also with their records. There is the fragmentary-chaotic "My Sister = My Clock", the more narrative oriented "In A Bar, Under The Sea" and the "Ideal Crash" suitable for the masses. The Belgians have created a broad musical spectrum for which no pigeonhole is big enough.

Beyonce unfortunately has to stay outside

At least: A duet with Beyonce is not in the near future after all. "I like songs that have at least three great parts. That’s why I don’t like R’n’B so much. There is usually only one good song part. From a really successful track I expect a great beginning, catchy bridges, a nice middle part and a fantastic chorus." Who doesn’t do that, you could say. But an impressive songwriter like Barman may allow himself such generalities.

As a rule, he always has the complete piece in his head already. "I don’t take notes, but sit down and write out the song completely – which is difficult when I have to watch a lasagna or there are children around me. The environment has to be right." At the keyword lasagne he notices that he is hungry. He says goodbye.

Later in the evening the local pastor gives a speech, so the worship association stays alive during the concert. The gig itself goes better than expected despite slight sound difficulties. Besides highlights like "Instant Street or "For The Roses dEUS of course perform many new songs. The mixture makes it, this band has understood that. Which is why this church evening leaves a lasting impression and whets the appetite for more. They will be back in summer.

dEUS from Antwerp experience an unusual rise in the nineties, in France and the Benelux countries they are soon real stars. Originally ..