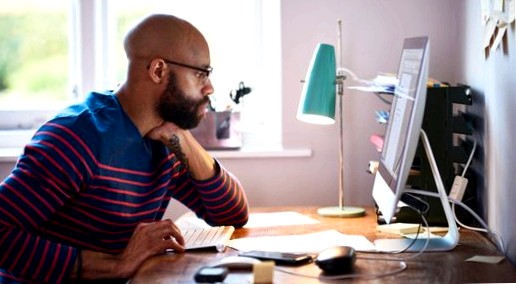 Do I have to state my marital status? Are photos still obligatory? And who reads my cover letter anyway? Job seekers often rack their brains during the application phase. There is agreement on some aspects, but a great deal of uncertainty on others. But what do you actually have to consider? And what distinguishes a good application from a bad one?

You can find out everything you need to know here:

Job seekers are already unsure about the length of a job application. In fact, however, it is important to be brief. "A good application should be as concise and compact as possible and as detailed and meaningful as necessary", says the lawyer and HR specialist Spiridula Minassidou. Content and form are equally important. "This applies from the structure of the portfolio, to the design of the cover letter, to the clean printing of the documents", according to Minassidou.

However, according to the lawyer, the content and scope of an application also depend on the application situation, the type of position and the requirements of the employer.

Although applicants should be brief, the following documents should never be missing:

the Testimonial, which proves the highest professional qualification

and the last Three references.

On the other hand, job references that are more than ten years old should be avoided. Certificates of continuing education and training should only be attached if they are related to the new job and are really still current.

Should I include a photo and state my marital status?

This is another question that divides opinion. In fact, however, it is entirely up to the applicant: "Due to the General Equal Treatment Act, marital status has become optional information in the resume, where applicants have the choice – just as with the application photo, for example, says Minassidou.

The purpose of the anti-discrimination law is to prevent candidates from being treated and evaluated differently on the basis of their stated marital status or the attached application photo, and from being discriminated against on the basis of their religion, origin, sexual identity, world view or gender. "Marital status on a resume says nothing about an applicant’s qualifications and is therefore not relevant information for companies", according to the lawyer further.

In practice, however, an attached photo is the rule rather than the exception. Applicants use photos to also visually stand out from other prospective applicants. If the picture is missing, however, this should not have any negative consequences for the applicant.

Applicants should be free to decide whether or not they want to adorn their application with a photo. "Likewise, the request of a recruiter to add such a picture does not have to be complied with", says Minassidou. A basic recommendation to attach a photo can therefore not be given.

Who reads an application at all?

One of the questions that unsettles every applicant: Who will my application reach?? And it is sorted out under circumstances already, before the boss gets to see it? This depends on several factors. In smaller companies, it is usually the boss who reads the cover letter, whereas in larger companies it depends on the position to be filled.

"If the position is so high-ranking due to the company’s organizational structure that the boss reserves the right to decide whether to fill the position, then he or she will actually read it himself or herself, usually after a pre-selection by the HR manager", so the woman barrister. As a rule of thumb, the person with whom you later have the job interview usually reads your cover letter.

What are classic mistakes?

There are also no-gos in the area of job applications. These include, above all, the so-called "copy-paste errors in the date, resume and cover letter (spelling mistakes, wrong contact person) as well as mistakes in the naming of attached files or missing attachments.

Sending the same application to several employers saves time, but in most cases minimizes the chances of success. "Personnel managers notice this immediately anyway and punish the lack of effort with a "rejection", so Minassidou.

Is there a "boring start"??

"I have read your advertisement with great interest. " – in such a way begin also still today many cover letters. Many experts advise against this and recommend a more creative start. Minassidou is not a big fan of such sentences either. "Such an introduction simply lacks expressiveness because it is almost always used. One suggests thereby that one did not think of anything better or one did not think enough about it."

According to the lawyer, the same applies to popular phrases such as "able to work under pressure, flexible and reliable", Which, depending on the job posting, will be gladly included in one’s application without further comment. A boring cover letter, which seems loveless and not very individual, does not arouse curiosity about you – therefore you should make an effort here and not sink into the mire of empty phrases. A practical tip: read the cover letter aloud to yourself. If you stutter through endless sentences or are bored with your own words, you are not likely to sweep your counterpart off his or her feet’.