Summer is coming! The temperatures are rising, the sun is shining, and everywhere there are bathing places to jump in and splash around. Especially with small children you should always follow a few basic safety rules – so that the bathing trip does not become a tragedy. 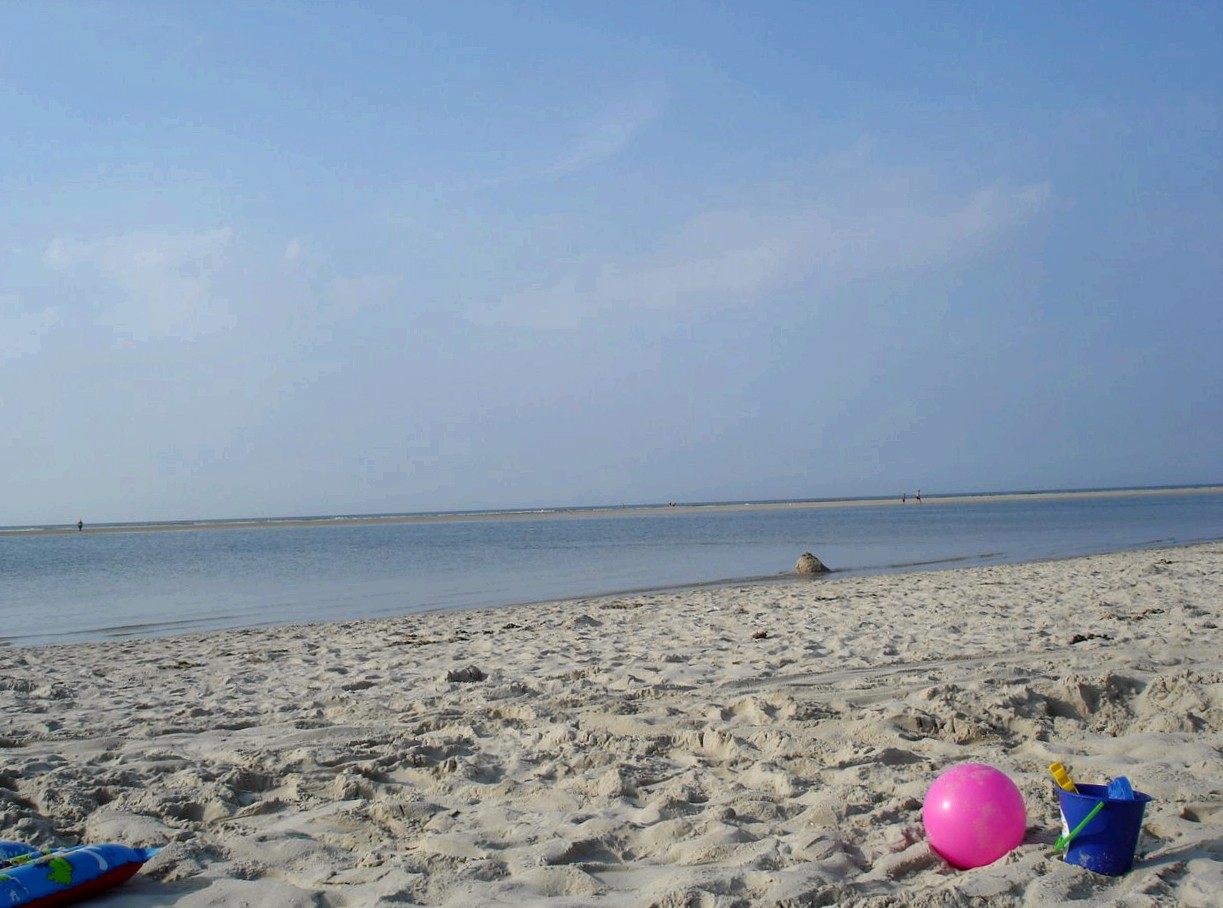 Despite swimming masters, swimming aids and swimming lessons in elementary school, tragic accidents occur again and again – mostly due to carelessness, but also because many have misconceptions about the process of drowning.

1. Children drown even in shallow water.

Toddlers actually drown in the proverbial puddle because they have a high center of gravity due to their relatively large head. Once they fall and get their face under water, young children can’t pull their legs under their bodies and get up like we adults instinctively do.

Therefore, every year children drown in garden ponds, small streams and rain barrels. Make sure that all water points in your area are carefully secured and keep an eye on your young children at all times!

2. Buoyancy aids do not protect non-swimmers from drowning.

It’s written on every water wing package, but far too many parents rely on the deceptive safety of inflatable flotation devices. However, small children who can’t swim yet simply tip forward or backward in the vast majority of flotation devices and can’t keep their (remember: relatively heavy) heads above water on their own. Non-swimmers also lack the necessary body awareness in the water to keep themselves balanced with the help of water wings or rings. Swim seats, which have become increasingly popular in recent years, failed a test by Stiftung Warentest – children are really only allowed to use these toys in the water if their parents are standing right next to them!

The only safe way to keep a non-swimmer afloat is a life jacket with a safety strap running under the legs and a wide collar that keeps the child in an upright position in the water.

3. Even children who can swim drown. 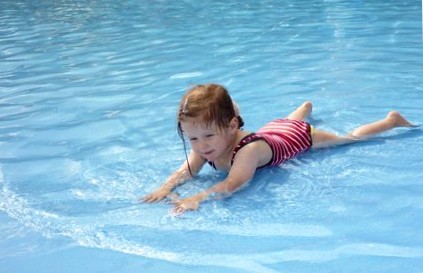 Children can drown even in shallow water!

There are many causes of drowning besides not being able to swim: Drowsiness, if you hit your head while frolicking, a laryngeal spasm, if water is splashed into your mouth or simple exhaustion, if children overestimate themselves and swim too long in deep water. In the sea, in the shallow shore area, the surf suction can be so strong that children (and adults) can drown!) the feet are pulled away.

It also happens from time to time that children shoot out of the water slide or jump from the edge of the pool, turn under water and lose their orientation. A "belly flop" while jumping in can cause circulatory shock due to pressure on the solar plexus, leading to fainting.

4. Anyone who has the sea horse is not automatically a swimmer.

According to the DLRG, a child is not "water safe" and can go swimming unsupervised until he or she:

According to the DLRG, every second child in Germany cannot swim safely even at the age of ten!

A drowning victim whose strength is running out will hold on to the surface for about 20 to 60 seconds before sinking. Small children sink immediately under water and do not come up either. Anyone who has observed something like this is always amazed at how still a drowning child "sits" under water. Strictly speaking, this is not drowning either, but suffocation or "dry drowning." The children have a laryngeal spasm that prevents them from breathing. No water gets into the lungs.

By the way, adults can also "drown dry", especially if they have eaten too much (so this is actually true!), have been drinking alcohol or have exhaled and inhaled (hyperventilated) too many times before diving.

6.Those who drown do not scream.

Drowning children (and adults) very rarely call for help. They can’t do that at all, because in this emergency situation the body is fully occupied with catching its breath and coughing up inhaled water. The seconds of gasping for air are far too short for exhaling, inhaling and a call for help.

Horrified parents confirm it again and again: drowning children go under "like a stone" and do not come up again. Especially in murky natural waters, every second counts then!

7. Those who are drowning do not wave for help and do not pedal.

Smaller children simply go under, but older children and adults who already know how to swim are usually unable to make themselves known: Those who are drowning rather than swimming will let their legs hang down and instinctively push their arms out to the side to keep themselves above the water’s surface. It is not possible to wave intentionally in this position (anymore). In any case, panic sets in very quickly when drowning, which makes any purposeful action impossible.

But how to notice if a swimming child is drowning right now?

The easiest way: Talk to it and ask if everything is alright. If it can answer, everything is okay. Those who are drowning look like they are treading water, lying very low in the water, have a glassy look and accelerated breathing.

Children always make noise when they play in the water. As soon as it gets quiet, that should be your cue: check what’s going on! 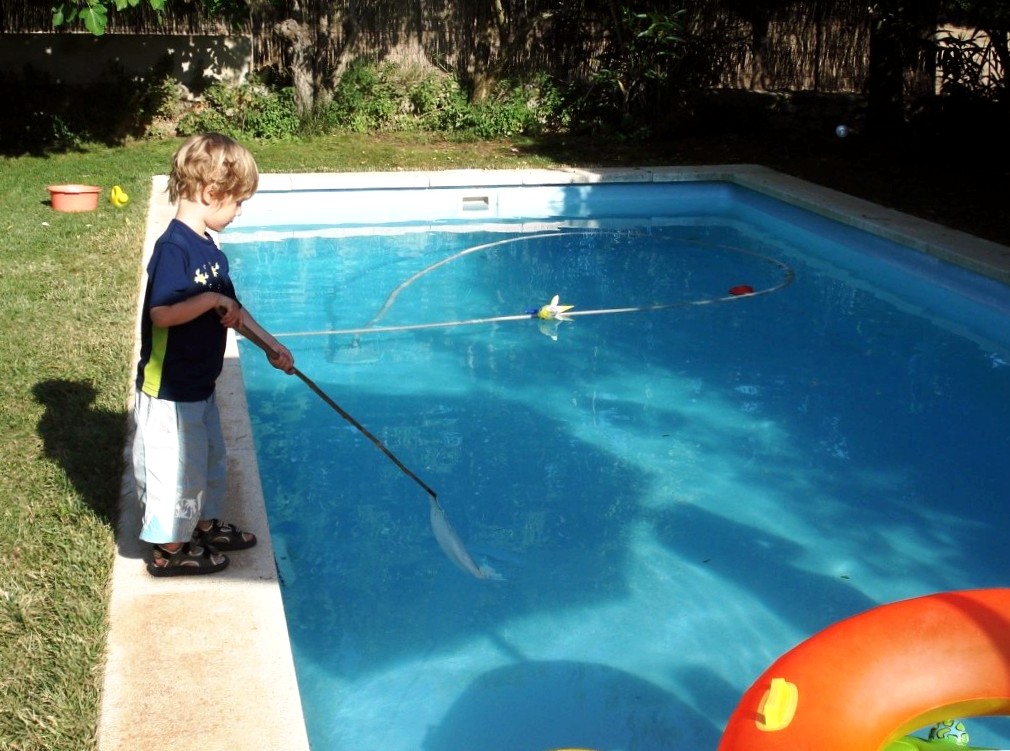 Do not rely on the lifeguard, do not be distracted by talking or reading a book. Even if your children are not in the water, you must remain vigilant – because most swimming accidents happen when they accidentally fall into bodies of water.

Every child should know these eleven golden rules before your swimming trip begins:

If you have noticed a child drowning and taken them out of the water, immediately wrap them in a blanket to maintain their body temperature. Hypothermia is one of the causes of death by drowning, even at water temperatures below 28°C.

Even if the child was not unconscious and "just swallowed some water," get to a doctor or hospital immediately; even after 48 hours, water in the lungs can still cause severe pulmonary edema!

If the child is unconscious, put him in the recovery position, check that the airways are clear (often vomiting occurs during drowning) and immediately call the swimming supervisor and the emergency doctor. If the child stops breathing, you must start mouth-to-mouth or (for smaller children) mouth-to-nose resuscitation and chest compressions – do not stop until the emergency physician takes over! This is always "worthwhile", even if it looks hopeless.

What NOT to do: Turn the child over or shake him to get water out of his lungs, because that doesn’t work and wastes valuable ventilation time.

And last but not least: We wish you of course a warm, sunny and above all peaceful bathing summer!