Many people who apply for a reduced earning capacity pension receive it retroactively. This means that there is a certain period of time between the application and the first payment, which must be bridged somehow – very often with sick pay or unemployment benefit. 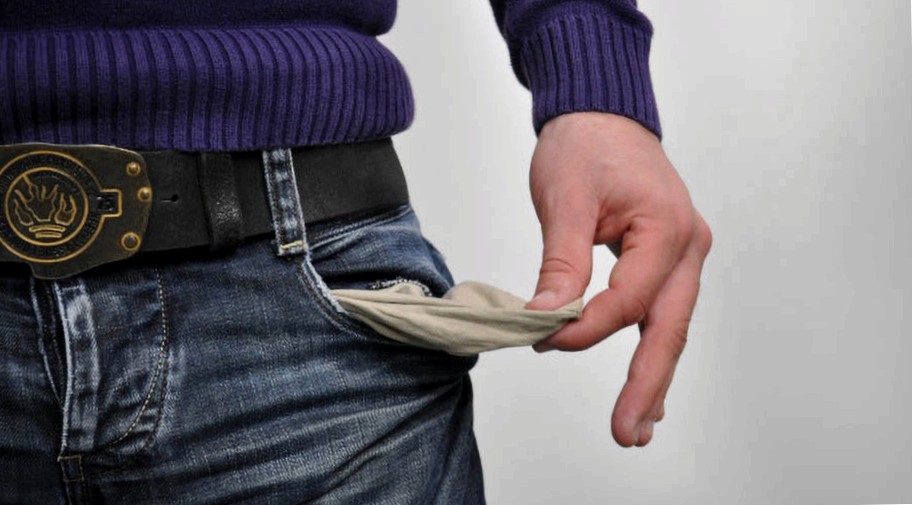 These payments can be higher or lower than the subsequent pension for reduced earning capacity – but as a rule the EM pension is lower. What you now need to know as an insured person? Should you set aside money to make up the difference?

After applying for the EM pension, you first have to wait. It is not uncommon for up to six months to pass before the decision from the German pension insurance comes in the mail. During this time, you can support yourself in various ways. However, if you are permanently ill and apply for a reduced earning capacity pension, you will very often receive social security or wage replacement benefits beforehand.

In this article, we present the three most common paths to an EM pension and clarify the question of whether you have to pay back money after a pension has been granted.

If you are unable to work for more than six weeks, there is no longer any continued payment of wages. The health insurance fund must now pay a wage replacement benefit, known as sick pay. This is available for another 72 weeks after the continued payment of wages has expired. On average, you can expect a loss of income of around 20 percent of your previous net income.

It is very common for the health insurance fund to ask you to undergo rehabilitation before the 72 weeks have expired. You must comply with this request within ten weeks. If the final report of the rehab states that you will probably not be able to work for more than six months, the path to a reduced earning capacity pension will be initiated. In the time until the decision, you will of course continue to receive your sickness benefit. Until the 72 weeks are exhausted. 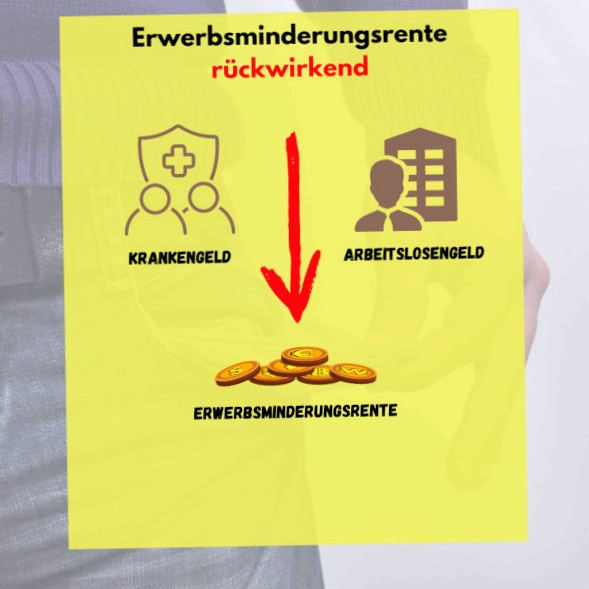 Until the decision of the pension insurance, many people receive sickness or unemployment benefits.

If you are granted a reduced earning capacity pension that is lower than the previous sickness benefit, you do not have to worry. The health insurance company has no claim for reimbursement against you. You do not have to pay back the so-called "top amount", i.e. the difference between sickness benefit and reduced earning capacity pension. This is the result of a ruling by the Federal Social Court 08. 12. 1992 (1 RK 9/92).

After disenrollment: Do I have to pay back unemployment benefits??

If the sickness benefit expires after 78 weeks at the latest and you are still unable to work, this is referred to as "Aussteuerung". If your application for reduced earning capacity pension is already running, you will now receive unemployment benefits. The "seamlessness regulation" applies.

Also the unemployment benefit is in most cases higher than the later EM pension. What about the difference, i.e. the top amount, in this case? Does this part of the unemployment benefit have to be refunded to the Federal Employment Agency?? No, even now you can not be obliged to repay. According to § 145 paragraph 3 SGB III there is indeed a refund claim – but only against the pension insurance. You as the insured person do not have to pay back the difference.

From "Hartz IV" into the pension for reduced earning capacity

If there is no entitlement to unemployment benefits, the only option for many people is to go to the job center. Even from "Hartz IV" you can apply for a reduced earning capacity pension. Until the outcome of the procedure, you will then receive unemployment benefit II.

If the pension insurance later with the decision and the EM pension is granted retroactively, the question arises again: Do you have to pay money back to the Jobcenter?

Do not worry. There is also a court decision on this, this time from Hesse. If there have been overpayments, the social benefit providers must come to an agreement among themselves. The person affected does not have to worry about settling any claims.

While waiting for the reduction in earning capacity pension often pass several months. No matter if you get sickness benefit, unemployment benefit or "Hartz IV" – don’t burden yourself with the question how the respective social benefit agencies get their money. There is a claim for reimbursement only in the relationship between the authorities. You have nothing to do with it and therefore you don’t have to pay anything back.

You want to be informed regularly about new posts in our blog? Simply sign up for our newsletter by e-mail!

Hello,
I hope that you will get an answer here.
Because I would also have a problem.

And I am now already for well over two years on sick leave (in ALG II reference) and have also at the beginning of December 2021 an application for reduced earning capacity pension, which was also already approved after about 14 days> Full reduced earning capacity pension.
This was also retroactive to 1.4.2021 approved and is for now until 30.11.2023.
First payment is not until the end of February 2022.

Because the pension is retroactive and also a month transitional ALG II was paid, I now have the problem with my pension back payment and also with my utility bill (repayment).

According to the District Office (application for assistance with living costs has been made) and the Job Center, the pension arrears will be paid with ALG II, etc. offset.
Since the pension is lower than the ALG II with rent, I assume that I will not see a cent of it.

But I have now in this "transitional period" (since I already had my pension notice) my utility bill for 2020 (repayment, always comes so late) get and then inquired whether I this as with the "normal" ALG II reference must submit to the Jobcenter.

The statements were at that time from the job center (benefits department) that I could submit this, but that it was irrelevant, because I was already officially retired at the time of the repayment (because retroactive, etc.).).
So if I submit it, they would just put it in the file.
At that point, it was also clear that another month of ALG II would be paid!
Pension notice arrived on 22.12.2021, service charge repayment on 23.12.2021, Jobcenter has been on 23.12.informed about it for the first time in 2021> another phone call a few days later.

I was also told that I would have to clarify the matter with the district office, since I have an application for "help for living" (is about no 70€) to the pension have put.
If the application is approved, then it may well be that the repayment is offset to a fraction, but otherwise the money belongs to me, since it is from my pension "retroactively" (by the additional payment) was paid.

But now all of a sudden the Jobcenter (same person from the benefits department) comes and demands that I submit the utility bill after all.
The Jobcenter seems to have noticed that the pension payment does not cover their expenses and now wants to get the back payment for the additional costs (about 500€)!) snap.

As far as I have been told / explained so far, but it is legally so that the job center is no longer entitled to it.
It behaves now as if I go from ALG II reference in work and then the job center has no more claim to the repayment (no matter from which year> Receipt of the payment is decisive!).
The other way round it is also the case that if one goes into the ALG II reference and there then a repayment from the time before comes, the job center imputes EVERYTHING, although these additional costs are NOT paid by ALG II, etc. were paid.

I am now afraid that the Jobcenter but just tries to offset the money.
It just all comes together there:
– Retroactive reduction in earning capacity pension
– Pension less than ALG II + rent
– Application for help with living expenses was submitted to the Landratsamt (NOT Jobcenter). )
– Incidental expenses repayment comes in transitional period
– another month of ALG II will be paid after receiving the pension notice / receiving the incidental expenses refund