There may be some places or to-dos in this article that may not be open at the moment due to the Corona measures. Nevertheless, we decided not to delete it, to inspire you already for the time afterwards. Our articles are not intended to be calls to disregard the policies in place – please abide by them! Be considerate of each other, keep your distance and get vaccinated if you can, so that we can lower the Corona numbers as quickly as possible.

If you’ve had enough of Netflix and chill and would rather lose yourself between the lines of a novel, this blog post is for you. We present the most beautiful books that have adopted Vienna as their setting.

We start right away with a thrilling read for all crime fans: Instamord is after Murder in the Second and Hanging Lace the third crime novel by Viennese author Lukas Pellmann. The focus is on a serial killer who makes the Viennese Instagram scene unsafe. Chief Inspector Vera Rosen and Inspector Moritz Ritter’s third case takes the two investigators of the State Criminal Investigation Office into the world of social media stars and starlets. We find it particularly cool that, as with all of Pellmann’s novels, readers were able to influence the content or become part of the plot themselves during the writing process. 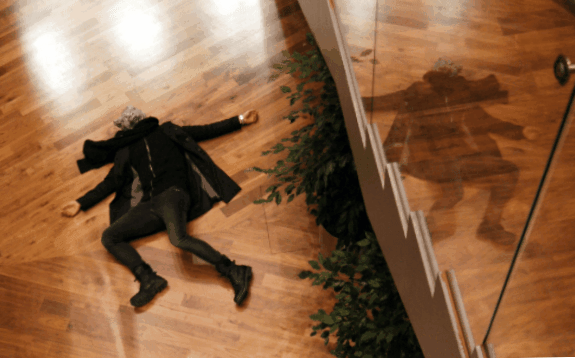 A Winter in Vienna – Petra Hartlieb

The title of a book for the current season could probably not be more appropriate and maybe the novel has hidden under the Christmas tree with one or the other of you and you, like us, can no longer stop reading. The plot centers on Marie, who works as a nanny in the cottage district around 1910 for a famous poet (true Vienna aficionados might be able to guess who we’re talking about based on the time and setting). When she is sent to the nearby bookstore one winter’s day, she meets the bookseller Oskar, who from then on can’t get the young lady out of his mind. The novel takes you to the deep winter, snowy Vienna of the 20th century. The novel is a beautiful historical love story of the twentieth century and delights with its metaphorical, poetic style of language. Absolutely recommended reading!

Setting: The wintry Wahring arises through the novel and the pictorial descriptions in the mind’s eye. In addition, the Ring, the second district and many other locations can also be found in the plot. In the meantime there is also A summer in Vienna and A Spring in Vienna Already two sequels, we are eagerly awaiting the third one.

In the touching novel Madalyn Kohlmeier tells the story of a young love in a very gentle way and deals with the very special connection between a teenager and an adult: The writer Sebastian Lukasser has known the now 14-year-old Madalyn since she was five years old. He is her soulmate and she tells him things, worries and secrets that she could never confide in her parents. When Moritz, a man of the same age, enters her life, everything changes abruptly and she plunges into a complicated love story. Moritz’s difficult character tests her trust again and again. Notorious liar, blooming fantasy or are his debauched tales true after all? Michael Kohlmeier’s novel about Madalyn and Moritz is a heartbreaking tale of first love, breaking out of childhood and finding oneself.

Settings: Locations include the Neni restaurant on the Naschmarkt, the Rahlstiege, the Anna Jeller bookstore, and the Old Danube, among others.

Doderes Roman The Strudelhofstige, Published in 1951, is one of the greatest social novels of the 20th century. The series is based on a nineteenth-century novel and deals with the love affairs of the Viennese bourgeoisie in a multi-layered way. The work owes its name to the staircase and fountain in the 9. Viennese district, which serves as the main setting, where many of the protagonists meet. Doderer’s novel is set in the years before and after World War I, and the characters are intertwined in crisscrossing constellations and love affairs. The plot centers on three siblings of the Stangeler family and the young Major Melzer. The real heroine of the novel, however, is the city of Vienna itself, to which Doderer pays almost homage with this work. The more than 900-page novel is also characterized by its pictorial, almost overloaded language, which, however, does not make it quite so easy to read.

Settings: Much of the action takes place in the 9. District and especially the Servitenviertel is described from its most beautiful side.

Eva Rossmann’s crime series makes you not only addicted, but also one thing: hungry. In her novels, the author always combines the passion of the main protagonist, journalist Mira Valensky, for cooking and eating with current, often political topics that make for exciting scandals, murders and difficulties. In her search for justice, Valensky often walks a tightrope between investigative journalism and detection, is a thorn in the side of the police, and together with her cleaning lady and best friend Vesna Krajner is an unbeatable team.
The series of almost 20 crime novels is a light, often very amusing read – perfect for entertaining winter afternoons in front of the fireplace.

Settings: The thrillers take place all over Vienna, but especially the first district is used more often. Plus, the restaurants and cafes described always keep you guessing which locale they might be talking about.

Eva Rossmann scores with her Vienna crime novels in a socially critical and amusing way and with fantastic recipes! | Marie Amenitsch | 1000things.at

Last but not least, of course, this absolute classic can not be missed when it comes to books in and about Vienna. The prose narrative Dream novella, published in 1925, revolves around the seemingly harmonious marriage of Fridolin and Albertine, the two main characters, who live together with their young daughter in Vienna’s. But appearances are deceiving, as both spouses feel erotic dreams and an insatiable desire, which they are unable to fill mutually. The plot itself extends over the strange experiences of one night until the following day, with the unconscious, a psychological metaphor, secret longings and desires playing a relevant role here. We do not even want to anticipate more, because this classic you should simply have read.

Locations: Although it is not explicitly mentioned that the setting of the action is Vienna, various names of streets and districts give a sure clue for this and the Vienna of the fin de siècle arises before the inner eye.

By the way, the work was also filmed several times, especially famous is that of the star director Stanley Kubrick Eyes wide shut starring Tom Cruise and Nicole Kidman in the leading roles.

Part 2 of our article with lots of reading recommendations and classics follows. This link also takes you to the most beautiful bookstores in the city. If you want to get back to reading in a coffeehouse after the lockdown, Vienna’s book cafes are the place to be.